THURSDAY NEWS HIT - "I put my hands up and they grabbed me from behind and pulled me out of my seat like I was being criminalized, like a criminal that I am not."

It was more than a year ago when the unlikely source of that statement was made from the back of a police cruiser. Willie Burton, the police commissioner from the 5th District in Detroit, had just been placed under arrest for disrupting a police commissioners' meeting while railing against the use of facial recognition technology by the Detroit Police Department.

Alleging emotional, financial, and physical stress - including a concussion - Burton has filed a civil rights complaint in federal court against the city of Detroit and its police department. Claiming to have been falsely arrested, brutalized, and having his political career stifled, Burton said his 1st, 4th, and 5th amendment rights were violated.

The contentious meeting from July 11 surrounded the issue of facial recognition, a controversial technology that the Detroit Police Department has utilized to help make arrests and identify potential suspects in crimes. While the city's police chief argues it has aided the department in making arrests and taking criminals off the street, civil rights leaders ranging from community advocates all the way up to members of Congress have argued it fails to correctly identify Black citizens.

The bias has led to the wrongful arrests Michael Oliver and separately Robert Williams, who police believe had stolen Shinola Watches. However, Chief James Craig argues those cases had other problems and facial recognition technology isn't the only tool used when making arrests. Instead, it serves as one component in a long process of identifying criminals and making arrests.

Police Commissioner Willie Burton has filed a civil rights complaint against the city of Detroit and the police department for what his attorney says was a false arrest where he was brutalized during a commissioners' meeting on facial recognition technology. He says he received a concussion and had his political career stifled.

Along with his outburst, Burton claims to have also been arrested for speaking out against the unlawful habit of the Police Commissioners' Board holding closed meetings to discuss important policy issues where the public wasn't allowed to attend.

"If this is how the police treat a duly elected Police Commissioner while the public is watching, one can only imagine the treatment the average citizen can expect to receive at the hands of Detroit Police when the cameras are not rolling," read a statement from Burton's attorney.

Burton plans on holding a press conference Thursday at 2:30 p.m. to discuss the lawsuit.

Mayor Mike Duggan announced the Detroit Community Health Corps on Wednesday, which will serve as another support system for citizens struggling in poverty in the city.

With more than 36% of the city's residents living below the poverty line, only being exacerbated by the pandemic, a new initiative aims to offer food, utility, housing, and water assistance programs. Duggan calls it a "one-of-a-kind program."

"I don't know if anybody in Michigan has ever done this before," Duggan said. "People that our housing and water department have already identified as people with multiple issues, we're going to go into those 160 homes, start the program of assessing what we can do to help…and assess opportunities for employment."

Using those 160 families as a benchmark, the goal will be to expand to others struggling to address the crisis.

"Poverty, in fact, creates its own stresses and there's a lot of literature out there that says that a great number of people living below the poverty line experience PTSD," said Detroit Deputy Mayor Conrad Mallett.

A Wayne County judge has been charged with judicial misconduct for using inappropriate and sexually graphic language with female attorneys in the courtroom.

"It's kind of an unusual case, at least the allegations are, the case has not been decided at this point, charges are being brought. According to the charges, if you believe the charges, this judge certainly acted in a grossly inappropriate matter," said Larry Dubin, professor of law emeritus, University of Detroit Mercy.

The case stems back to a 2019 murder trial when, during a break in session, the 3rd Circuit Court judge allegedly walked over to a female assistant prosecutor and started asking her sexually explicit questions that had nothing to do with the case.

Much of what is alleged is too graphic, but one of the questions was, "Would you want foreplay before or after sex?"

During a break, the 3rd Circuit Court judge allegedly walked over to a female assistant prosecutor and started asking her sexually explicit questions that had nothing to do with the case.

The case is under review and the Michigan Supreme Court.

Michigan State Police have arrested a 47-year-old man after he allegedly struck an officer intentionally.

It started with reports of a reckless driver in a white Chevy Tahoe that police pulled over near the bridge around 9:30 p.m. Suspecting the driver was intoxicated, a police sergeant attempted to shut off the car when the driver wouldn't.

9&10 News reports the driver put the SUV in reverse, dragging the officer with them and then breaking into through the bridge toll booth. 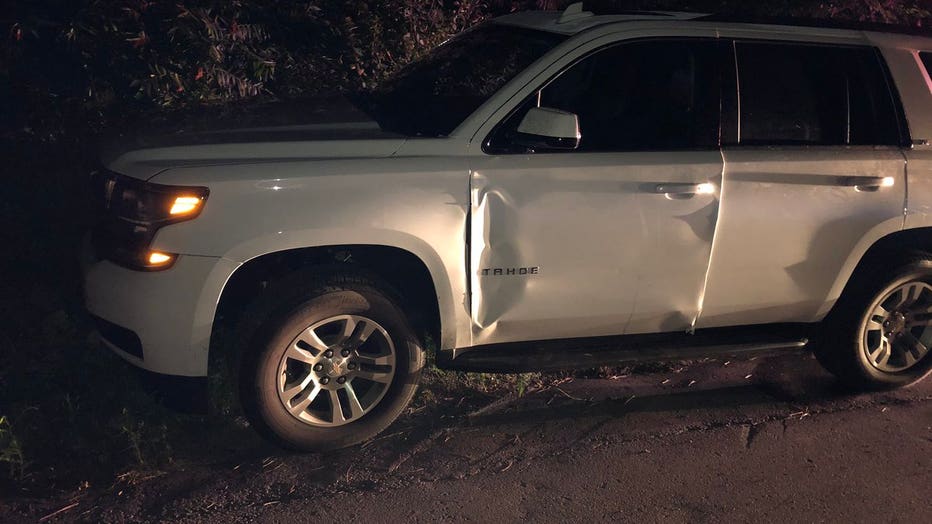 Police later found the SUV abandoned on the side of the road before arresting the man at a condominium complex earlier Thursday morning.

The officer is expected to be fine.

Temperatures reaching into the high 80s will stick around today and tomorrow before slightly cooler weather moves in.

Enjoy the warmth and sunshine today because the start of fall is only 40 days away. We are warm and dry on your Thursday with highs in the upper 80s nearing 90 degrees. Though we are warm through Saturday, Sunday will feature our best shot for showers and thunderstorms with cooler air moving in next week.

Even with rapid developments being made on a coronavirus vaccine, many infectious disease experts believe that it could be as long as a year until one is available to the public after the vaccine is approved — and even longer until the world returns to relative normalcy.

InCrowd, a medical research company, surveyed 100 infectious disease specialists between June 26 and July 6 on their thoughts and beliefs about the COVID-19 crisis. Results from the survey showed that 80% of respondents believed a coronavirus vaccine would be widely available to the public within a year of it being approved for distribution.

More than one-third of the specialists said that they believe the pandemic cannot be contained in its present state, while 36% believe the U.S. will be able to contain the pandemic once a vaccine is made widely available.

Almost 75% of the respondents felt that health care workers should be given priority in receiving a vaccine when one is approved and distributed.