DETROIT (FOX 2) - Friends, family and loved ones gathered at Greater Grace Temple in Detroit to say goodbye to Detroit Police Cpl. Rasheen McClain, killed in the line of duty.

Colleagues who knew Cpl. McClain call him a humble hero. The funeral for the 16-year veteran of the Detroit Police Department was held Thursday at Greater Grace Temple.

Detroit Police Cpl. Rasheen McClain killed in line of duty to be laid to rest

Friends, family and loved ones are gathering at Greater Grace Temple in Detroit to say goodbye to Detroit Police Cpl. Rasheen McClain, killed in the line of duty.

McClain and partner Phillipe Batoum Bisse were shot while responding to a call about a man who entered a home off Wyoming near Chippewa and refused to leave. The gunman hit both, but McClain died from his injuries.

The suspect, JuJuan Parks, 28, was arraigned on 17 charges on Thursday, including first-degree premeditated murder and murder of a police officer. If convicted, he could serve life in prison without the possibility of parole.

Parks was recently paroled after serving 8 years in prison. Police say he had his first run-in with the law at the age of 14 with another home invasion.

McClain leaves behind a wife of 10 years and two stepchildren.

This story is developing. Check back for updates throughout the morning. 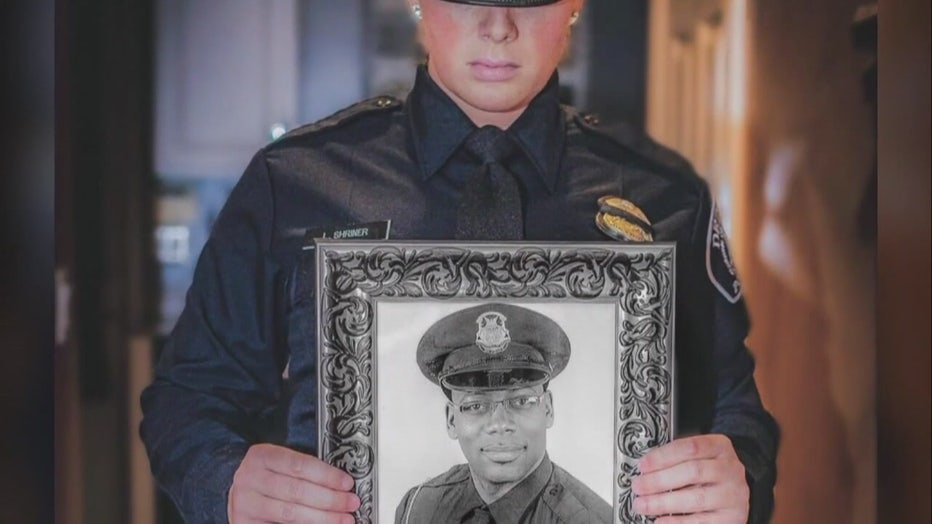