DETROIT (FOX 2) - One day after a Detroit gas station owner questioned why he is paying to be a member of Project Green Light, he's now praising Detroit Police for quickly catching one of two men he says trashed his store.

On Monday, store owner Bilal Harb talked with FOX 2 after his store at Livernois and McNichols was trashed. He was upset with the police because he says these same guys keep coming back and destroying his store.

Detroit Police said they arrested one of three people wanted for the trashing of a gas station on Detroit's east side that was part of Project Green Light.

"Those guys are the reason why I bought Green Light and Green Light didn't help," Harb said Monday.

But Detroit Police Commander Michael McGinnis said their response time was within their average, it just wasn't quick enough to catch the guys in the act. However, the video did allow them to quickly identify and even arrest one of the men.

"We know who we're looking for. We have their names, the one is in custody, the other two we know who they are, they know who they are. So it would be in their best interests if they surrender themselves, so we can move through this process," McGinnis said.

He said the men are in their late teens or early 20s and are also looking for a woman who was with them on Sunday night.

Police say that businesses partnering with police as part of the Green Light project has made a huge difference with a dramatic reduction in crime.

"Looking at the data going back to 2015, there's been a 50 percent reduction in carjackings since the Project Green Light has been implemented. The largest reduction in crime occurs at gas stations, so this is such a valuable tool for us," McGinnis said.

On Tuesday, Harb now says he's happy with how quickly the police responded to arrest the people responsible.

"That's perfect. That's what everybody needs. All the neighborhood, they need to be safe, we need to be safe in here, as business owners - that's all we're asking for," he said. "I'm not against Detroit Police. I love the police. I know those guys they are risking their lives for us."

Detroit Police have assured Harb and others that their Project Green Light partnerships are incredibly important.

"Any problems going forward in the future, he knows who to contact and we will get those resolved right away," McGinnis said. 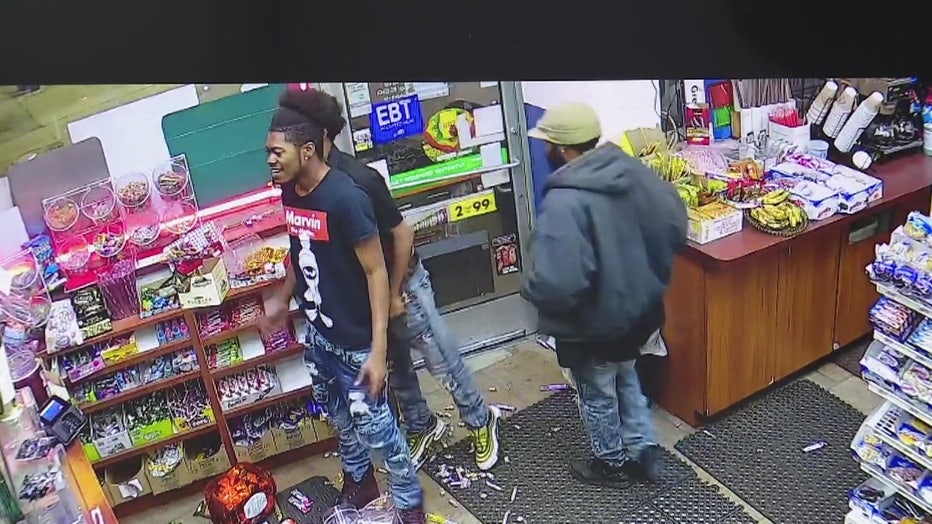