DETROIT - The Detroit Police Department is asking for help identifying a man wanted in connection with a homicide earlier this week.

The man wanted in connection to a fatal shooting on Mount Elliot was last seen in a blue shirt, black pants, and a blue hat. (Courtesy of Detroit Police Department)

Law enforcement is circulating footage of an unknown suspect in a blue shirt and black pants that is connected to a murder that happened Monday morning on Mount Elliot Street.

A victim suffered a fatal gunshot wound after speaking with the suspect.

The shooting happened around 4:30 a.m. in the 18000 block of the street. At the time, a 32-year-old man was sitting in the driver's seat of a gray Pontiac G6 when an unknown man approached him.

The victim and suspect had a brief conversation before the approaching man revealed a handgun and demanded the victim's watch, according to a release from DPD.

The suspect fired two shots at the victim before leaving the scene in a blue Buick Lucerne. Police described it as an older model. 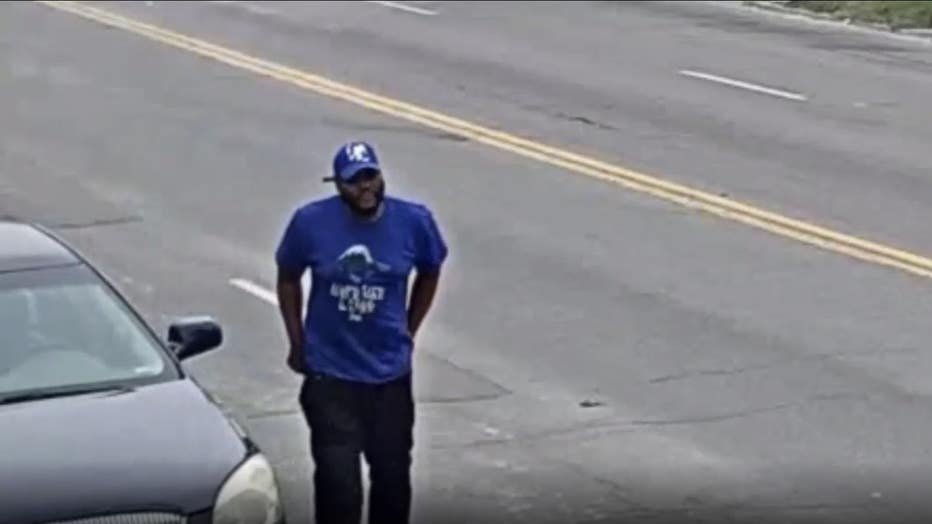 The victim was taken to a local hospital by medics where he was declared deceased.

The suspect police are looking for is described as a man with a dark complexion and a heavy build. He was last seen wearing a blue shirt, blue hat, and black pants. The vehicle he was driving has a license plate number EHF3230.

If anyone has information about the crime, they are asked to please call the Detroit Police Department’s Homicide Unit at 313-596-2260 or Crime Stoppers at 1-800SPEAK UP.