DETROIT - Detroit police are looking for a man that charged a female victim at a crosswalk in February. 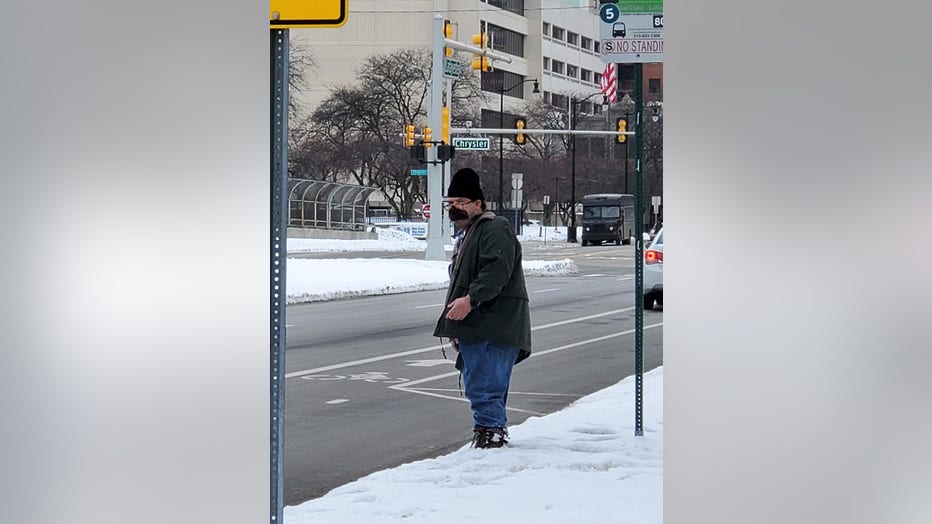 Detroit police said the man charged a woman walking on the I-375 crossing, using his body to physically assault her. (Detroit Police Department)

Authorities say an elderly woman who was passing the I-375 crosswalk was approached by an unknown male around 4 p.m. Feb. 19.

Then he ran into the woman, using his body to physically assault her and causing her to stumble.

The assault happened in the 3000 block of E. Lafayette.

After the suspect hit the victim, he continued walking westbound down the street. Police said no injuries were reported.

The suspect is described as a white male in his late-40s to mid-50s, about five-foot-seven-inches, with a large build.

If anyone recognizes this male suspect, they are asked to please call Detroit Police Department’s 7th Precinct Unit at 313-5965740 or Crimes Stoppers at 1-800-Speak Up.