DETROIT - Detroit police have released footage of a suspect vehicle believed to be involved in a fatal hit-and-run.

Surveillance from a nearby gas station spotted a blue sedan, possibly a Ford Fusion, that police say struck a 44-year-old man in late December.

The victim was crossing Greenfield near Schoolcraft at the time he was hit. 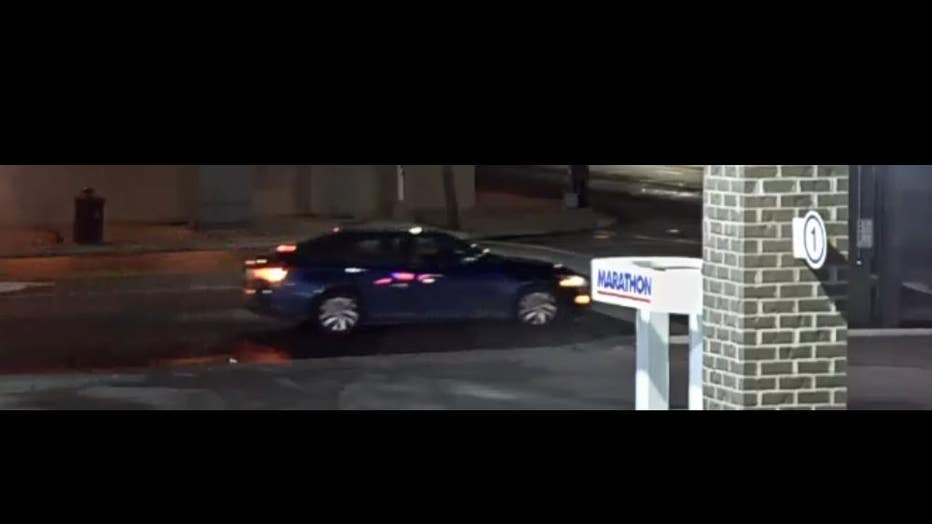 The collision occurred near Schoolcraft when the driver was traveling south on Greenfield. After the accident, the suspect continued driving and made a right on Plymouth.

It's unclear which direction they went next.

Police don't have any idea of what the driver looks like but hope someone might recognize the vehicle.

If anyone has seen this vehicle or has any information pertaining to this crime, please call the Detroit Police Department’s Homicide Fatal Squad Unit at 313-596-2260 or Crimes Stoppers at 1-800-Speak Up.