DETROIT (FOX 2) - Police in Detroit said they're searching for two people who carjacked a 68-year-old woman as she was getting out of her SUV.

According to Detroit Police, the woman was unloading her 2005 Jeep Grand Cherokee on Lahser, just north of 7 Mile Monday night around 11 p.m. when two people walked up and demanded her car.

Police said one of the two was carrying a handgun at the time but did not say if the weapon was pointed at the woman.

The woman did as she was told and the two people then got into the car and drove away.

Police released pictures a man and a woman who are persons-of-interest. Police said they believe they were in the area at the time of the crime and may be able to provide information.

Police are asking anyone with information to call the Detroit Police Department’s Commercial Auto Theft Unit at 313-596-2555, or CRIMESTOPPERS at 1-800-SPEAK-UP. 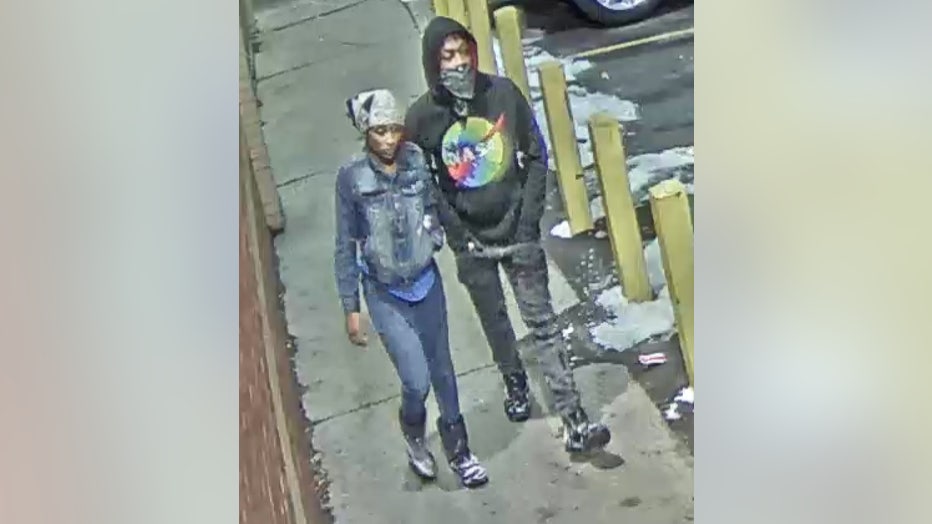 Detroit Police released pictures of two people who may be connected to the armed carjacking of a 68-year-old woman on Monday, Jan. 31.