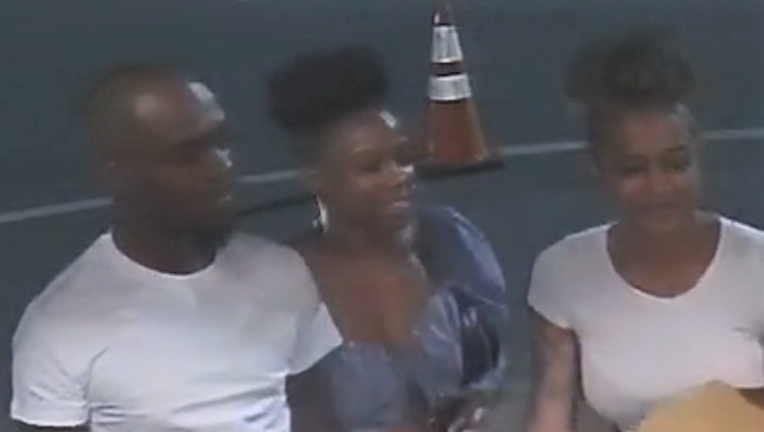 DETROIT (FOX 2) - Detroit police are searching for three suspects who allegedly carjacked a man on the city's west side.

According to police, the 31-year-old male victim met a woman at a club and agreed to meet after it closed.

Police say the victim entered his midnight blue 2014 Chrysler 300 and followed the female who was in a gray Ford Focus to the 15300 block of Stansbury.

Once the victim got to the location, a male suspect exited the car the woman was in, produced a weapon, and demanded the victim's belongings.

The female suspect and a second woman then approached. Police say they stole money and keys from the victim's pockets.

The male suspect took the victim's car and fled the scene. The two female suspects left in the vehicle they came in.

If anyone has any information, you are asked to call the Detroit Police Department's Commercial Auto Theft Unit at 313-596-2555