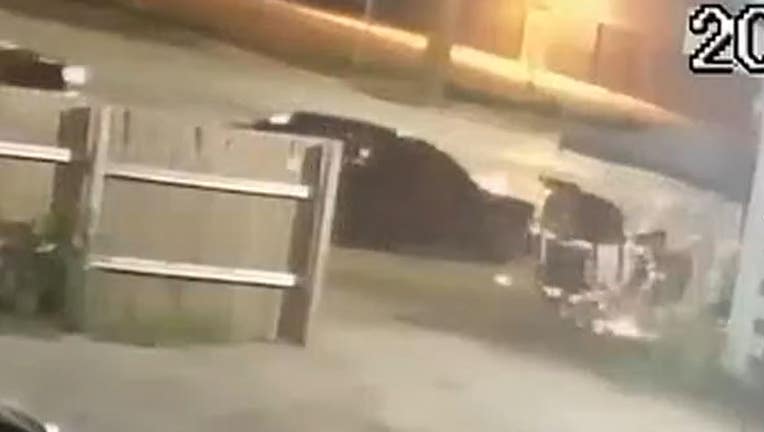 What looks like sparks flying is the flash from gunfire hitting the pavement at the corner of Warren and Dickerson.

DETROIT (FOX 2) - Four people are recovering after all being shot during a drive-by in Detroit earlier this month.

The Detroit Police Department is looking for information on a blue Chrysler 300 that was in the area of E. Warren and Dickerson on the city's east side on Sept. 11.

According to officers, around 3:15 a.m., three men and one woman were standing on the corner when the suspect vehicle pulled up and fired several shots, striking all of them.

Video of the incident shows the victims ducking and running away after a car pulled up alongside them and began shooting. 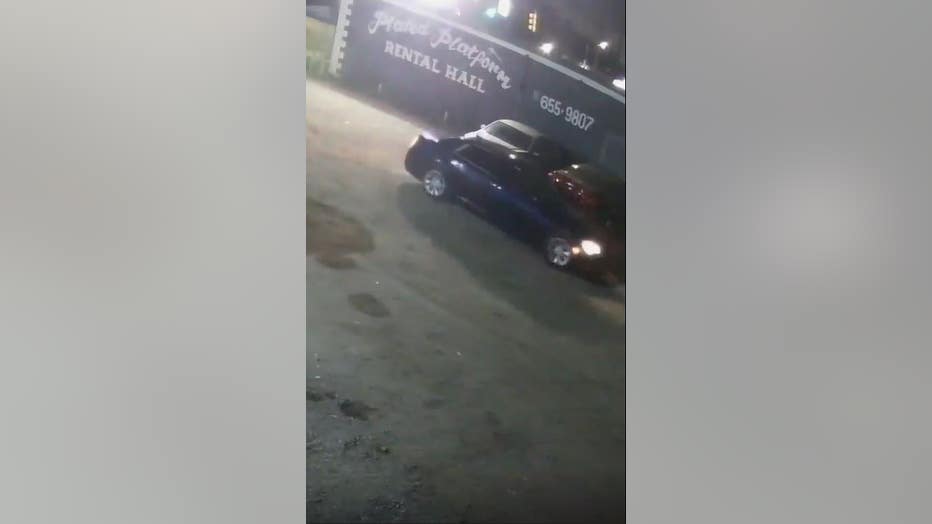 All of them were being treated at a local hospital with non-life threatening injuries and are expected to recover.

If anyone recognizes this vehicle, or has any information pertaining to this crime, please call the Detroit Police Department’s Fifth Precinct at 313-596-5540 or Crimes Stoppers at 1-800-Speak Up.