DETROIT (FOX 2) - A suspect in a traffic stop started shooting at Detroit police, who returned fire hitting him on Wednesday.

No police were injured in the shootout, which took place at about 4:30 p.m. on the city's east side.

A suspect in a traffic stop started shooting at Detroit police, who returned fire hitting him on Wednesday

Detroit Police say their officers tried to conduct a traffic stop over near Warren and Outer Drive. The female driver complied, but before officers were in park - a hail of bullets was fired right at them.

"In fear for their life, officers returned fire (and) the suspect actually went around one of the homes and exchanged (fire with) officers again," said Dept. Chief Marlon Wilson, Detroit police.

The shooter took cover but was hit several times, he's in the hospital listed as temporary serious.

"Officers are just trying to do a routine traffic stop and he gets outside the vehicle and makes a decision to fire shots at our police officers," Wilson said. "We've got kids coming home from work we are very thankful nobody else was injured."

The dramatic scene caused people like this neighbor to duck and hide until it was over.

"I heard shots and you could tell they were different caliber weapons," said one neighbor.

Investigators with Internal Affairs will work alongside detectives - making for a large police scene well into the night.

"Any time you hear an officer involved in a shooting it strikes fear among our officers," Wilson said. "And they are coming from all over to help."

The female driver was cooperative with police and was released. DPD is looking into reasons why the suspect began shooting. 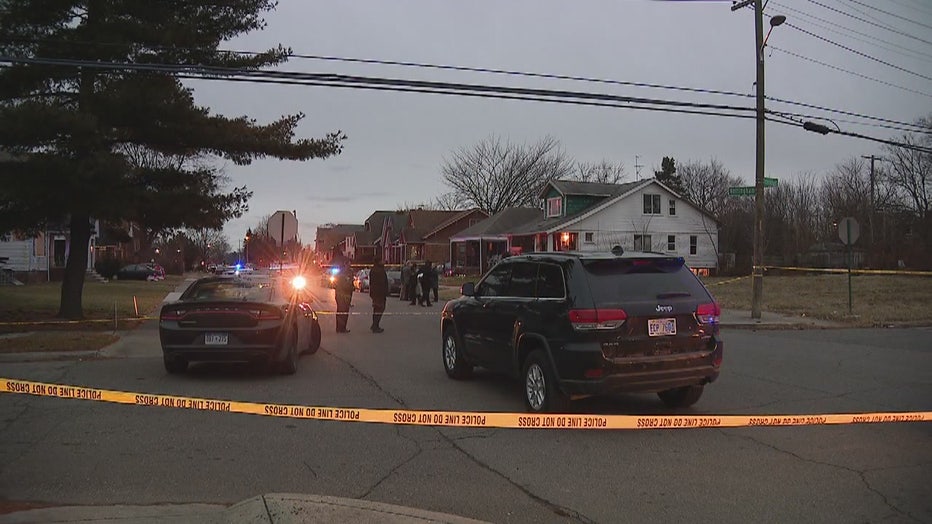