DETROIT (FOX 2) - Detroit is heating up and it's not just the weather - from a large brawl in Greektown over the weekend, to the drifting, drag racing, and reckless driving.

It has all gotten the attention of residents.

Detroit is heating up and it's not just the weather - from a large brawl in Greektown over the weekend, to the drifting, drag racing, and reckless driving.

"The kids are not even safe to play," Leslie Ely. "They can't even ride their bikes."

DPD is set to announce its summer crowd control plan on Thursday. Sources say Interim Police Chief James White expected to make overtime available to every officer in an effort to get more cops on the streets.

There will be enough to tackle traffic enforcement and large, ignitable crowds, while still having enough manpower to respond to other calls and emergencies.

FOX 2 is told video monitors are going up so people can see that they're being recorded. Officers will use bike racks to control entry into and out of Greektown.

"They have to because things are getting out of control. I mean what else are they going to do? they going to let everybody get killed up and running their cars into other people and everything," said Kent Sherrod.

Pastor Maurice Hardwick of the Live in Peace Movement is pleading with people prone to cause trouble, to stay out of it. 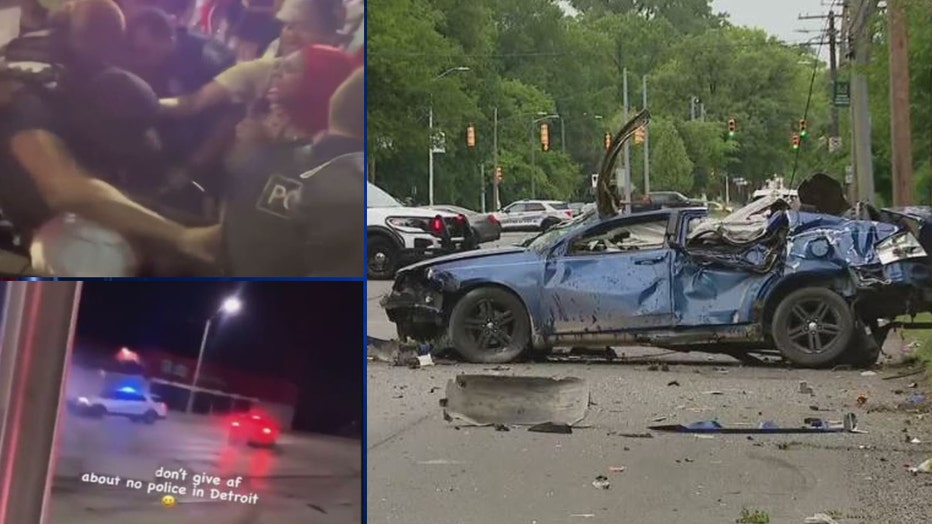 Recent drag racing, drifting and a large brawl in Greektown have caused concern for Detroit residents.

"It's disheartening and almost embarrassing what I'm seeing downtown," Hardwick said. "I want to say this to the parents: If you don't want your child to have police interactions and you feel like something can go wrong, train them so they will go out, behave, and respect the law and officers.

"If you don't want them to go out here and end up wrapped up around some pole, on a car chase, train them. Talk to them. Because these are our kids. We can't be scared of our own kids and our youth.

"And to our youth, you're better than that."