DETROIT - A commission on Monday released the 47,000-student Detroit Public Schools from more than a decade of state financial oversight, restoring full control of the district's finances to the city's elected school board.

The last time the district was fully in charge was in 2009, before a series of state-appointed emergency managers were installed with a directive to fix a district neck-deep in red ink and whose students routinely scored at or near the bottom on standardized tests. 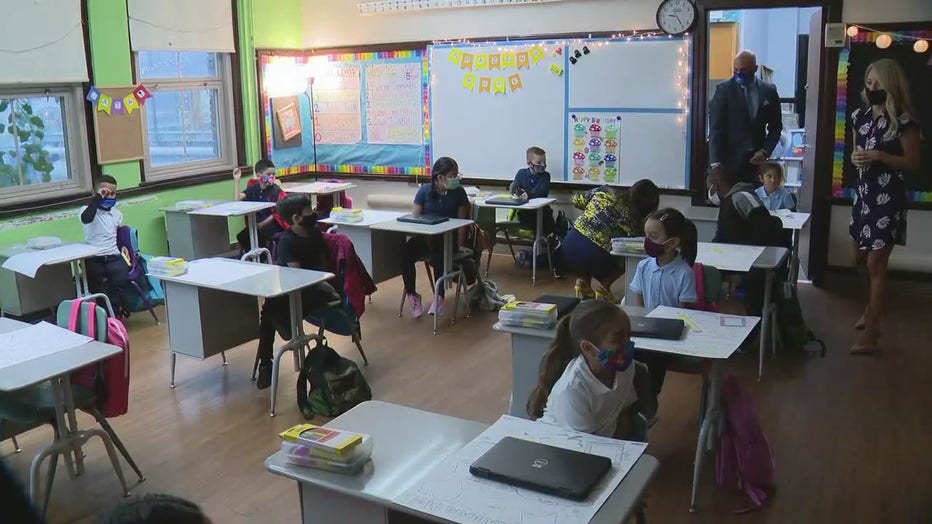 Desks in a Detroit school are separated and students adorn face masks.

The waivers are in place through Dec. 31, 2021, when the Detroit Financial Review Commission will revisit the district’s finances.

“I do appreciate how everyone was committed to this process and gave us a chance and an opportunity to show we could do it,” district Superintendent Nikolai Vitti told the commission after the waivers were granted.

“Things were such a mess when we started that I never thought this day would come, certainly not as quickly as it has,” Rose said.

In 2011, the district’s legacy budget deficit stood at about $327 million. Dozens of schools had been closed.

Through this past August, the Detroit Public Schools Community District had nearly $103 million in fiscal year revenue and about $54 million in expenditures. Its general fund balance stood at $63.5 million and the district had about $36 million in its rainy-day fund.

The legacy debt-paying entity had received enough in property tax receipts to make debt service payments of nearly $40 million and $16 million. It had a general fund cash balance of $3 million in June.

Both districts have had three consecutive balanced budgets, according to the commission.

“It’s unfortunate that we have to celebrate not being controlled or overseen by the state at the level that it once was,” Vitti told reporters Monday. “I don’t anticipate being in a situation where we would go back into a deficit ... we would manage this budget the right way and make the hard decisions that would be necessary.”

Michigan deemed Detroit schools to be high-risk after the federal government in 2008 raised questions about $53 million in spending.

In recent years, control slowly was returned to the school board and district superintendent.

In 2013, the state Education Department dropped its “high-risk status” for the district and eased some financial oversight which gave the district more discretion over its spending, and the state no longer had to approve its improvement plan.

Enrollment in Detroit has dropped by more than 100,000 since 1993 when it served about 183,000 students. The plummeting enrollment meant a loss of millions of dollars in state per-pupil funding and mirrored the city's massive population decline.

The Financial Review Commission was created in 2014 to provide oversight of Detroit as part of the city’s exit from bankruptcy. It was given oversight of the school district in 2016.

In 2018, the commission agreed to release the city state financial oversight after three consecutive years of audited balanced budgets. That came about three years after Detroit exited the largest municipal bankruptcy in U.S. history.