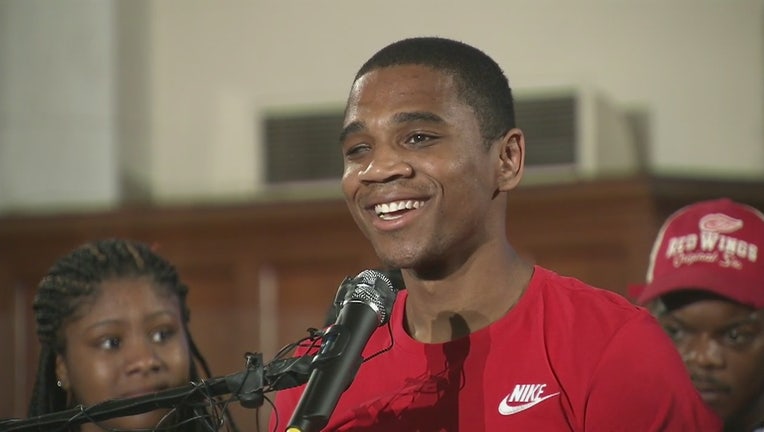 DETROIT (FOX 2) - The City of Detroit reached a $7.5 million settlement with Davontae Sanford, who spent eight years in prison for a murder he didn't commit, earlier this month.

Sanford was 14 when he was accused of killing four people. In 2008, at 15 years old, he pleaded guilty to second-degree murder and was sentenced prison.

He was released in 2016 after a Michigan State Police report said two other men were responsible.

When Sanford was released, Wayne County Prosecutor Kym Worthy said a statement from then-Detroit Police Deputy Chief James Tolbert resulted in the MSP investigation that lead to the charges being dropped.

Initially, according to transcripts, a sketch of the house where the four victims were shot and killed was said to have been drawn by Davontae Sanford. However, Tolbert later testified that he drew the sketch.

Worthy noted at the time that other evidence was also key to overturning the conviction, including tracking dogs, gun residue, and Sanford's confession.

After he was free, Sanford sued. He was seeking punitive and compensatory damages.