DETROIT (FOX 2) - Soldiers Angels Detroit is thanking our veterans with a few necessities to get them through each month.

"It's not a handout, it's a hand up," said Nicole Johnson. "These people have given so much to our country already the least we can do is load them up with at least a couple weeks' of groceries."

Veterans in need get helping hand from Soldiers Angels Detroit

Volunteers with the Soldiers Angels usually hands out at least 75 pounds of food - to 250 veterans. But due to the pandemic they have seen a major increase in traffic.

Volunteers with the Soldiers Angels usually hands out at least 75 pounds of food - to 250 veterans. But due to the pandemic, they have seen a major increase in traffic.

They meet the second Thursday of every month on Sherwood Street on Detroit's east side.

"This is the one time a month where I get to serve so many veterans all in the same day and it just fills up your heart," said Johnson the manager of the Detroit chapter. "I think these volunteers would say the exact same thing."

FOX 2: "What do you think about these folks?"

"I love them," said Douglas Zawierucha, an Army veteran. "Every month I come by and they do a great job.

"I appreciate even when they say, 'Merry Christmas, thank you for your service.' That makes me feel good every time."

Volunteers dish out everything from frozen foods to lunch meats, eggs, pasta and produce. But that's not all.

"Everyone gets special holiday dinners but people usually leave with no room in their car which is what we want," Johnson said.

Many of the volunteers are veterans as well while others are simply, happy to help. 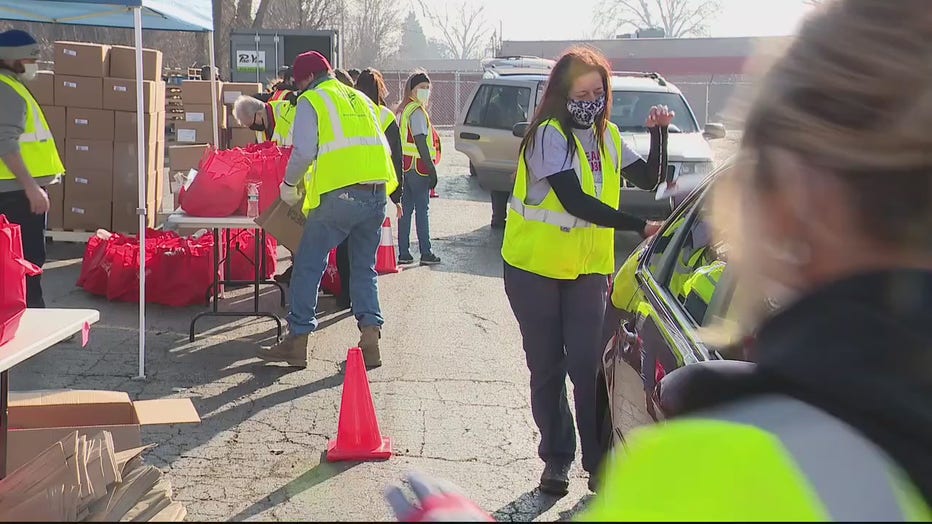 "I love helping people because one day I want to be a doctor," said 8-year-old volunteer Zari'yanna.

FOX 2: "And you just want to make people smile?"

These folks hope to see even more cars, next month. 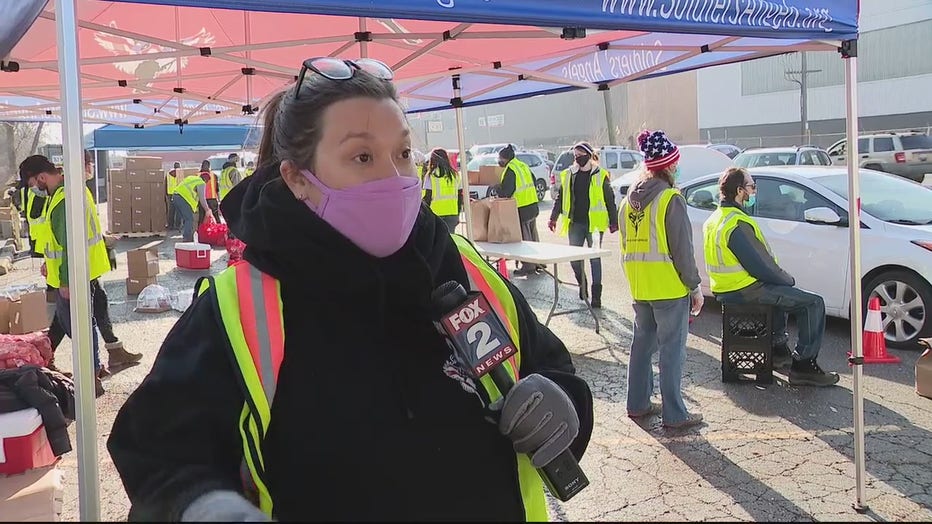 "They're just amazing people and love to give and it's beautiful," Johnson said.