DETROIT (FOX 2) - A growing group of Detroiters call for the predominantly Black city to provide reparations. The ballot measure would take funds from legalized marijuana to pay for them.

A growing group of Detroiters call for the predominantly Black city to provide reparations. The ballot measure would take funds from legalized marijuana to pay for them.

FOX 2: "How many signatures are needed to get this on the ballot?"

And come November Detroiters may vote on whether the city provides reparations to its African-American residents.

"It's the biggest, blackest city yet you still see an economic divide," Perkins said. "A gap that is significant and it has not been quelled."

Perkins is part of a grassroots effort that would allow Detroit voters to change the city's charter giving the people the right to pass legislation to earmark city funds.

He says it would be a game-changer for Detroit in which 30 percent of its residents live below the poverty line.

"It's also a very symbolic thing - it's an acknowledgment. Everybody can acknowledge slavery is wrong and everybody can say I'm sorry, but words mean action," Perkins said.

FOX 2: "Ideally, where would this money come from?"

"Right now it hasn't been allocated."

There's been a big push for reparations in Detroit. The city's charter commission proposal calls for a task force on the issue.

City Council President Pro-Tem Mary Sheffield is tweaking a resolution that will come to a vote on Tuesday.

Perkins says if the petition drive is successful and the issue ends up on the ballot, it could draw more Detroiters to the polls in November when they vote to keep or replace Mayor Mike Duggan and city council members. 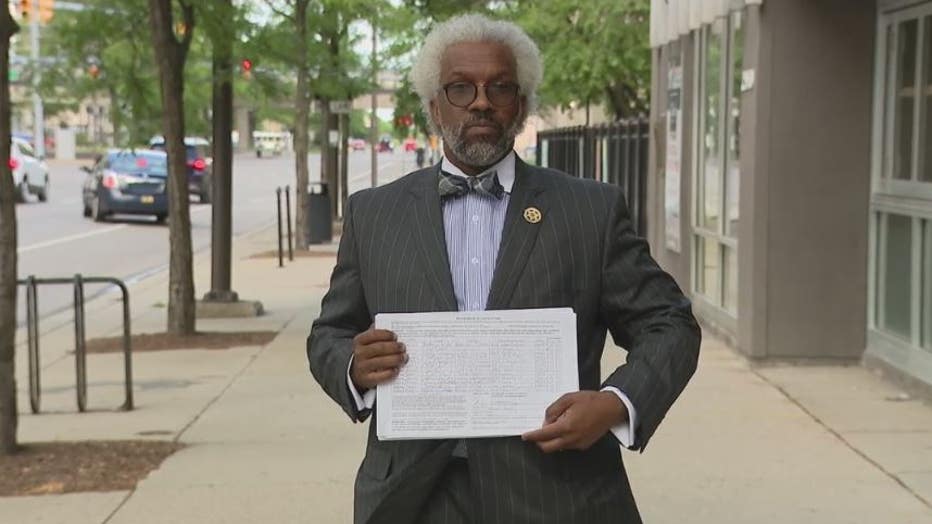 Attorney Todd Perklins says he has enough signatures to get reparations on the ballot for November.

"I think it'll increase voter turnout. it may even increase a divide," Perkins said. "But even with a divide look at what we had, we had one of the greatest turnouts last November because of the divide we saw in this country - and that's a good thing."

Sheffield plans to hold a press conference on Friday to address the issue.