The proposal, from Democratic state lawmakers, would bar Michiganders from buying or possessing new firearm magazines that hold more than 10 rounds.

DETROIT (FOX 2) - "Everyone is trying to find the solution to people bringing guns and shooting people in schools or churches or other densely populated areas," said Chad King. "I think that we’re all on the same page in wanting to stop those things, but how we do so, is where the difference is at."

King, the president of the Black Bottom Gun Club, says the so-called high-capacity magazine ban is not the solution.

The proposal, from Democratic state lawmakers, would bar Michiganders from buying or possessing new firearm magazines that hold more than 10 rounds.

"Magazines that can hold more than 10 rounds are designed to do one thing, and that’s one thing only: to kill as many animals and humans as quickly as possible in the shortest amount of time," said State Rep. Linda Carter (D-6th District).

The legislation comes in response to the Oxford High School shooting in which four students were killed and seven others injured.

King says the proposal would not make much of a difference in stopping an active shooter and points to the tragedy at Virginia Tech, one of the country’s deadliest mass shootings, as evidence.

"That shooter, he had 174 rounds and about 17 magazines total," King said. "That means on average his magazine fill was 10 rounds per magazine. Half of those magazines were completely full when he was found, so I need to see where it’s going to make a difference."

King says the legislation would only impact law-abiding citizens.

He wrote a letter opposing the bill saying, "For African-Americans, impingement on any of our rights without addressing root cause issues, comes at the cost of ignoring history and the future of our freedom - a price we simply cannot afford."

"Research has shown that states with these limitations on magazine size experience mass shootings less than half the rate of states that do not," said Bayer who represents Oxford.

King says what’s needed to prevent Oxford-like tragedies is more education around safe firearm storage, enforcement of gun laws already on the books and tackling the social conditions that lead to gun violence.

"I’m not going to deny the personal impact this has had on people, we can’t deny the personal impact, not just the shooting itself, but the copycat threats as well as the trauma that creates," King said. "We can’t deny those things - they shouldn’t be marginalized or understated. But when we’re talking about law and policy prescriptions, we have to use evidence and data and actual facts. Not just the personal anecdotes and sentiments around the events that happened." 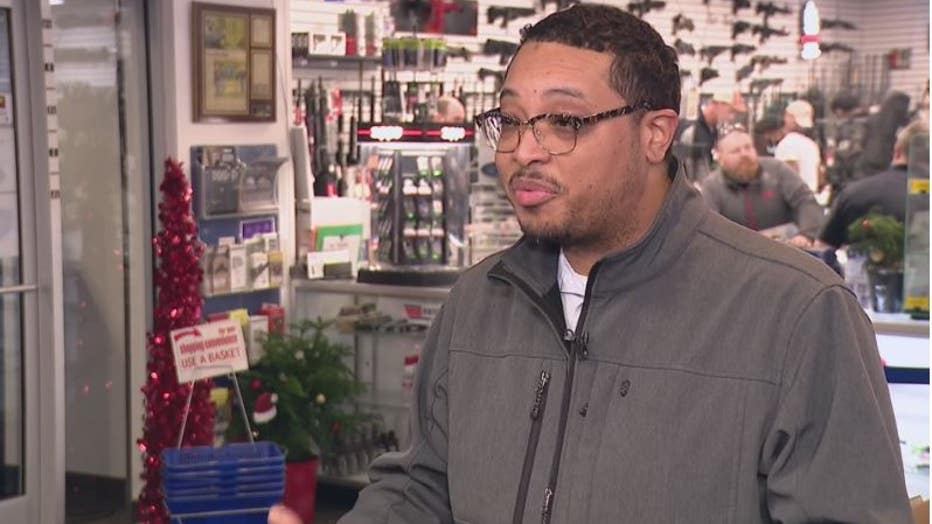 The Black Bottom Gun Club is the Detroit Chapter of the National African-American Gun Association.

There are nine states in this country including the District of Columbia that have laws which limit some capacity of firearm magazines. There won't be any hearings on this measure in Lansing until 2022.