DETROIT (FOX 2) - Some are calling it a buzzkill for Detroiters pushing for equity in the city’s marijuana industry. A federal judge issued a temporary restraining order stopping the city from processing recreational marijuana business applications.

Now hundreds of applicants, including business owner Enid Parham are in limbo.

Some are calling it a buzzkill for Detroiters pushing for equity in the city’s marijuana industry. A federal judge issued a temporary restraining order stopping the city from processing recreational marijuana business applications.

At issue is Detroit’s "legacy" ordinance which gives longtime Detroiters and those impacted by the war on drugs' preferential treatment in the application process. That prompted a lawsuit against the city, the plaintiff argued the ordinance is unconstitutional and discriminatory.

"Yes, I am afraid I did. The constitution is clear, that as an American we can move to any state and open up and do business," he said. "There was a US Supreme Court case recently in Tennesee where they tried to have a residency requirement and it was stricken by the US Supreme Court," said Thomas Lavine, Cannabis Counsel.

"We put it in there that people who were disproportionately impacted by the war on drugs should be helped by these acts," he said. "We want that to happen. But this 'legacy Detroiter' was unworkable because it focused on the residency here in Detroit."

"The adult-use license application process is on hold by temporary order of the court. The city’s CIRO (Civil Rights, Inclusion and Opportunity) office will reach out to certified legacy Detroiters to offer general advice and support while the litigation is pending." 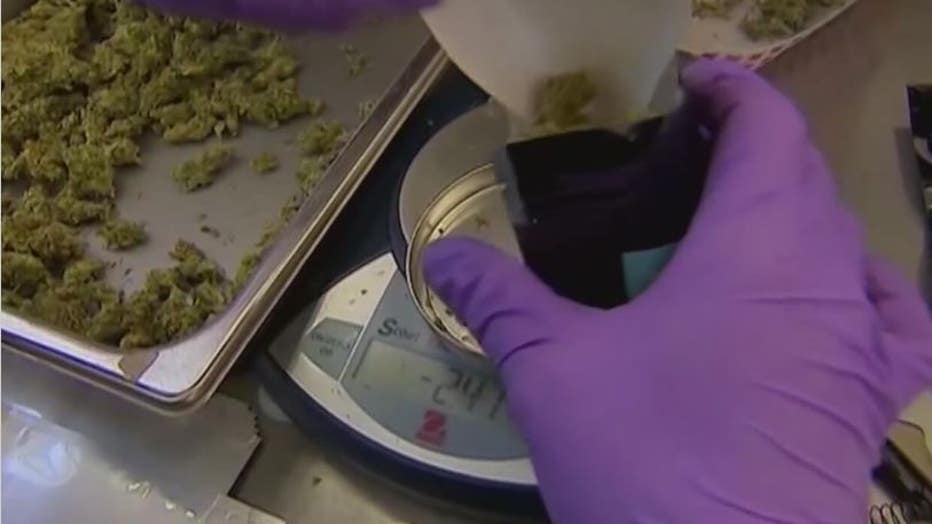 "From the beginning, we were kind of shut out, you know what I’m saying," said Parham. "And from the beginning, they never really gave any recognition to those that they did prosecute for this, back in the day before it became legal - which are a lot of people I grew up with, who are still locked up, separated from their families."

"I am hopeful and have faith that we will get this right and we will have recreational cannabis in the city of Detroit," said Jessica Jackson, a marijuana business applicant. "And that the folks who are supposed to be benefitting from this policy and this ordinance will have a fair shot and fair access."

The city of Detroit will not be able to receive any new applications for marijuana businesses for another two weeks - that is when the next hearing will be held.