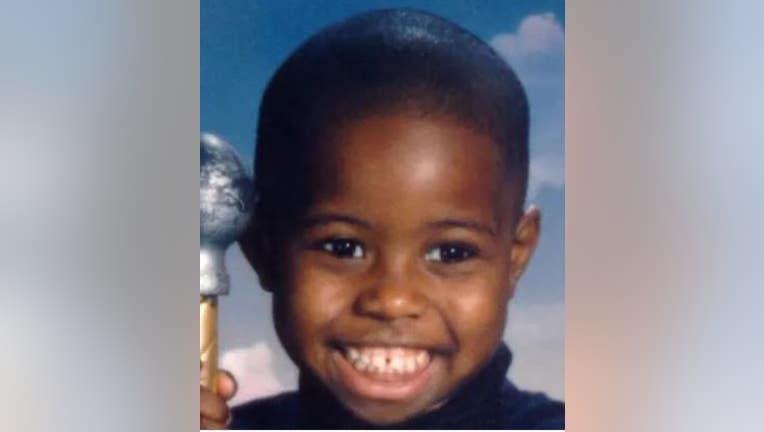 LIVONIA, Mich. (FOX 2) - Livonia Police said that DNA does not match a man who came forward 18 months ago believing he was D'Wan Sims, a boy who went missing in 1994.

D'Wan Sims was reported missing on Dec. 11, 1994, at Wonderland Mall in Livonia. His mother, Dwanna Harrisa, said she was at the mall with him when he disappeared.

Surveillance video from the mall shows Harris but does not show her son. Police said they don't believe that he was ever at the mall with her, as she claimed.

In December of 2019, a man told police he was Sims and took a DNA test to confirm it. However, Livonia Police said the man's DNA did not match and the case is still open.

"He didn’t know his past history as a young child and...because he saw the picture of D'wan he looked a lot like him in his mind, so he wanted to know," Goralski said.

More than a quarter of a century later, Livonia Captain Tom Goralski said the story still sticks with him.

"It’s a tragic story. We've got a young man, a very cute little kid who has a great life and all of a sudden he just disappears," Goralski said.

That means the case is still open and Goralski said there have always been holes in his mother's story.

Livonia Police told FOX 2 that Harris has always been a person of interest in the case.

In 1994, Dwanna took a polygraph test but the results were questionable.

"I’m not going to stand accused of hurting my baby. I understand the world is sick but that is not the case at this time," she told us.

"We determined through video at Wonderland Mall that Dwanna, the mother, was at the mall and was by herself and every video we found - in fact, her coming into the mall - D'wan Sims was not with her so that’s when she became a person of interest," Goralski said.

In December of 2020, Dwana died in North Carolina and maintained her innocence. Livonia Police are still asking for tips for anyone who possibly was at the mall that day.

"Maybe someone's been araid to come forward before. Maybe someone forgot something that they might not think was important but it might be the key to closing this case," Goralski said.

Investigators said in December that the COVID-19 pandemic slowed down the processing of the DNA test.

More than a quarter century after a young boy disappeared at a Livonia mall and police said the man who believed he was the boy is not a match for the D'Wan Sims' DNA.