DEARBORN, Mich. - FOX 2 readers might remember Matthew Cornett, the Dearborn dad who after a lifetime of adversity, found himself up against one of his biggest barriers to date.

He's beaten cancer, overcome a tumor that crushed his spine, and withstood losing feeling below his waist and having part of his feet amputated. Then, heartbreak struck again in early 2020 when Cornett needed emergency surgery to fix four broken vertebrae.

Cornett overcame that too, but with bills piling up and his house getting close to being foreclosed, the Dearborn man was running out of options.

Then in the 11th hour, after his story aired late January, audiences and viewers came through.

On the brink of homelessness after emergency surgery, community rallies around Dearborn man

A Dearborn man who was on the brink of foreclosure after emergency surgery had his story go live a short time ago. But donations poured in and he no longer is facing homelessness

"This is probably one of the greater senses of relief and happiness that I've ever had in my life," said Cornett.

Sitting in his home overcome with love, joy, and more than $10,000 raised on Gofundme in less than a week. It will go toward his home, keeping it from foreclosure.

"It gives you hope that there's still good out there because these people - they saved my life and they don't even know me," he said.

The father of four has had health issues for years. But it was after his emergency surgery when Cornett lost his job and bills piled up that became his greatest struggle.

But the money came in, and so has hope this too shall pass.

"I can't express how grateful I am to a community and to people I've never really sat down and talked with but they saved my life and from the bottom of my heart I'm the most appreciative person in the world," said Cornett. 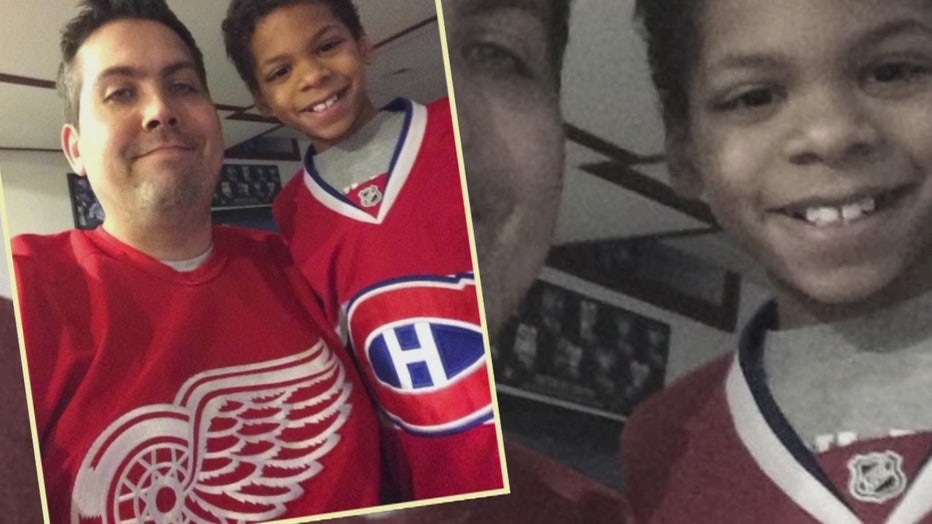 Any donations that are still trickling in will go toward health insurance and for his family until he can get another job, something he says he is already on the lookout for.

Cornett wants to pay special tribute to the hockey and figure skating teams his kids play on as pillars of support he leaned on.

"I know every time there's something bad that happens, it balances out somehow so I ride it out and wait for the good," Cornett said. "I went from feeling like it was one of the lowest points of my life, just didn't want to go on, and within the span of a week that all changed because of everybody involved that donated."