The Oakland County sheriff said while a motive hadn't been determined, it appeared the shooting was premeditated after one of the victims was found with a gunshot wound to the head.

Twenty-two-year-old Ruby Taverner shot and killed her live-in boyfriend and brother sometime before 3:20 a.m. on May 8, police said.

"At this point we don't really have a motive. At least by early indications there appears to be somewhat more of a premeditation to it," Sheriff Michael Bouchard said. "You don't typically find someone shot in the head one time unless they coolely and calmly walked up and did it."

The bodies of her boyfriend Ray Muscat, 26, and her brother Bishop Taverner, 25 of Oxford, were discovered inside the Independence Square Apartments after a resident called 911 to report she heard gun shots.

Police say Taverner should be considered dangerous and could be armed. Police cautioned the public to call law enforcement if they locate her.

Family of Taverner's boyfriend say they were heartbroken by the news.

"Everybody who knew her knew she was the sweetest thing… so kind to people," said Alyssa and Cory Muscat, sisters to Ray.

Officers who arrived at the complex, located at 5901 Dixie Highway, found Bishop's body in the living room with a single gunshot wound. Muscat's body was found in the rear bedroom. 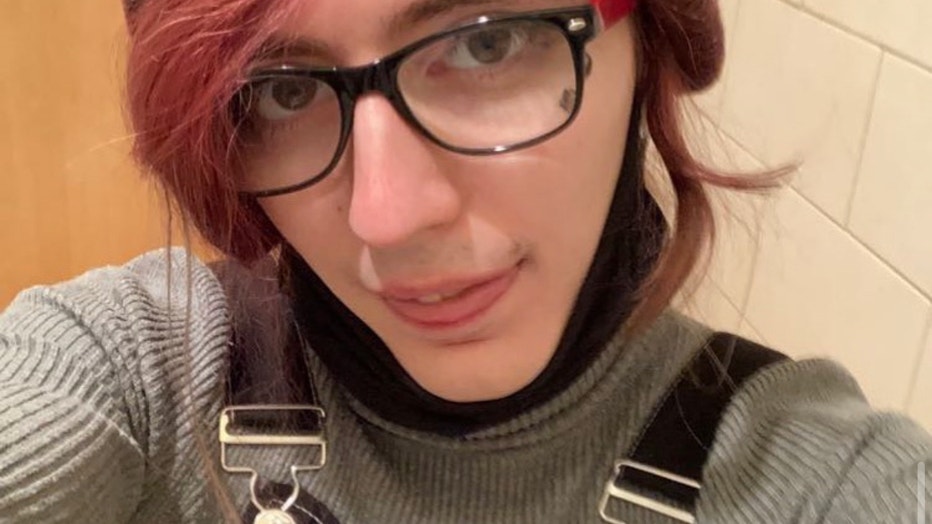 In a release from Oakland County police over the weekend, they described Ruby as a white female who is approximately 5-foot-2-inches with a thin build, and weighs about 115 pounds. Police say she has purple hair.

She has three firearms registered to her, including one that was purchased within the past week.