A group of defense attorneys are pushing Detroit police to make traffic stop data public. Although the current police chief has not been in charge since the beginning of the period where arrests spiked, he says his officers have not done anything wrong.

DETROIT (FOX 2) - A group of defense attorneys are pushing Detroit police to make traffic stop data public. Although the current police chief has not been in charge since the beginning of the period where arrests spiked, he says his officers have not done anything wrong.

"If you illegally carry a gun in our community, we’re going to arrest you," said Detroit Police Chief James White. "We’re unapologetic about that."

White sounded off responding to the drastic uptick in CCW arrests since the start of the pandemic and the pushback the department is receiving from community members and defense attorneys.

"We believe this is an unjust practice that is destroying the lives of Black Detroiters and it must stop," said Chanta Parker, managing director, Neighborhood Defender Service of Detroit.

Parker's organization says 97 percent of those arrested are African-Americans and 70 percent of them are law-abiding citizens who purchased their guns legally. Most of them were arrested for storing their gun in the wrong place in their car while driving — which is a felony.

"But I cannot ask officers to engage in a training segment on CPL rules as it relates to open carry," White said.

Chief White noted several crimes involving firearms in responding to the spike in CCW arrests, including the murder of 15-year-old Robert Harris who was gunned down at a gas station last week

"I hoped to be standing here telling you that we didn’t have a murder this year," he said. "But already we’ve had quite a few, and oh yeah, some of them were CPL holders who pulled the trigger over simple disputes."

Several factors contributed to the surge in CCW arrests - from a spike in gun sales and new gun owners to a lack of understanding the difference between open and concealed carry and the implications.

"This right here, you’re good to go legally, (shows mock gun on hip inside holster) the moment you do this (pulls shirt over the gun inside its holster) without a Concealed Pistol License, that’s a felony," said Chad King.

FOX 2 talked with King and Kofi Kenyatta, the founders of the Black Bottom Gun Club.

King, a firearm instructor, used the mock gun to show the ins and outs of open carry, which can be done without a Concealed Pistol License –and how someone can unknowingly run afoul of the law.

He says this demo is not considered legal advice, and you should consult an attorney about Michigan firearm laws.

"Even if I am open carrying like this, outside my body, the moment I go into a vehicle, it’s concealed," King said. "So in order to transport your firearm on your person and you don’t have a Concealed Pistol License, you have to take this firearm out, put it inside a case designed for firearms.

"Make sure it’s unloaded, put it in your trunk or rearmost portion of your vehicle, and make sure it’s inaccessible to any occupants inside."

The Wayne County Clerk’s Office is also believed to have a role in the spike in CCW arrests as well. The office was slow to process Concealed Pistol License applications and renewals at the height of the pandemic — some applicants faced waits of up to a year or more for an appointment.

Chief White says he changed a department policy this past summer which also contributed to the spike in CCW arrests - officers are no longer arresting everyone in a car if they find a gun inside of it, and cannot immediately determine who it belongs to.

He says CCW arrests have dropped 31 percent the last three months of 2021, compared to the year before.

"We have a tremendous amount of gun issues where people are fighting, pull out a gun shooting somebody, a party’s over and somebody drives by and shoots somebody," White said. "So when an officer encounters a weapon an officer is going to do their job. We don’t make the laws we enforce the laws." 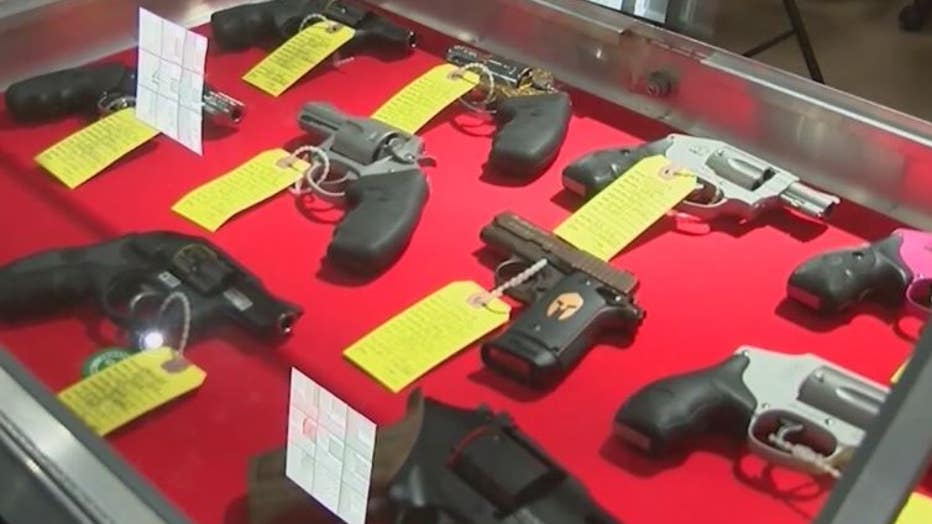