Michigan State Police jumped into action 12:30 a.m. Sunday morning in a chase that took place from Wayne County across the Washtenaw County border.

It started with a call reporting about 40-plus cars drag racing on Woodward near Davison in Highland Park. Shortly after that, troopers saw several Dodge Chargers speeding. They tried to stop one of them, but the driver took off.

The red Charger flew through several red lights and shut off its lights. Troopers did not chase the driver, but later spotted the car in Detroit, where they eventually ended up on I-94 westbound.

Police eventually took out the suspect's tires with stop sticks near the Washtenaw County line. Sparks shot out from under the car, before the driver stopped on the westbound side of the freeway near Michigan.

The three people inside the car got out and ran away. Troopers were eventually able to track them down, finding them hiding inside a dumpster.

All three people were from Jackson, and taken to the Detroit Detention Center, while the prosecutor's office considers charges. 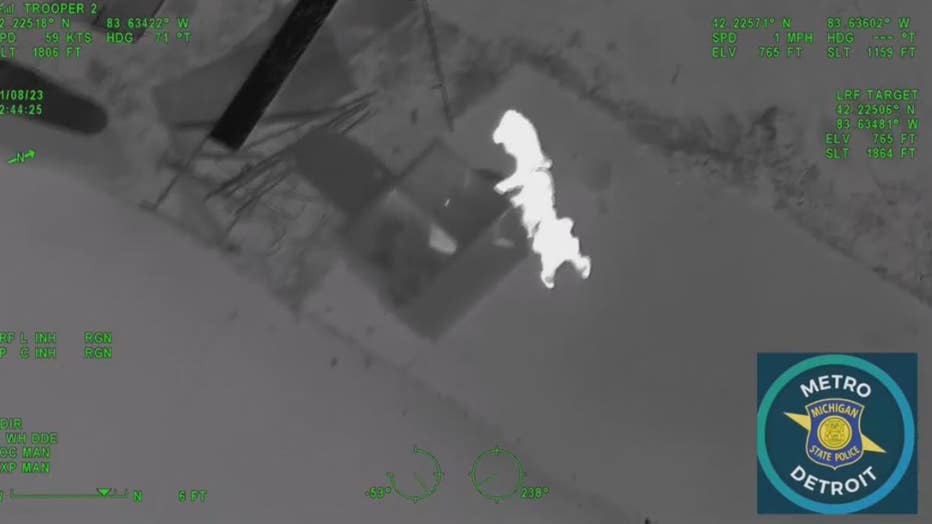