ST. CLAIR SHORES, Mich. (FOX 2) - A 37-year-old man from Toledo spent most of the day Tuesday in police custody and was released after a 1-year-old boy was killed in a car crash early Tuesday morning in St. Clair Shores.

The crash happened around 6 a.m. on eastbound I-94 near Martin Road. Michigan State Police say the man was driving a van and rear ended a Ford Fusion when he changed lanes. Police believe speed was a factor in the crash.

State police said that speed played a role in a crash on I-94 this morning that destroyed a Ford Fusion and killed a one-year-old child.

Police say the boy was properly restrained in a car seat at the time of the crash, but the impact was so great that he couldn't survive.

The force caused the woman to lose control and crash. The car was crushed and several items such as a diaper bag and a child's toy were thrown onto the roadway.

"We could tell by the intrusion into that passenger car, everybody saw it, there was no chance for anyone - be it restrained, un-restrained, adult or child - that would've survived sitting in the backseat of that car," MSP First Lt. Michael Shaw said. 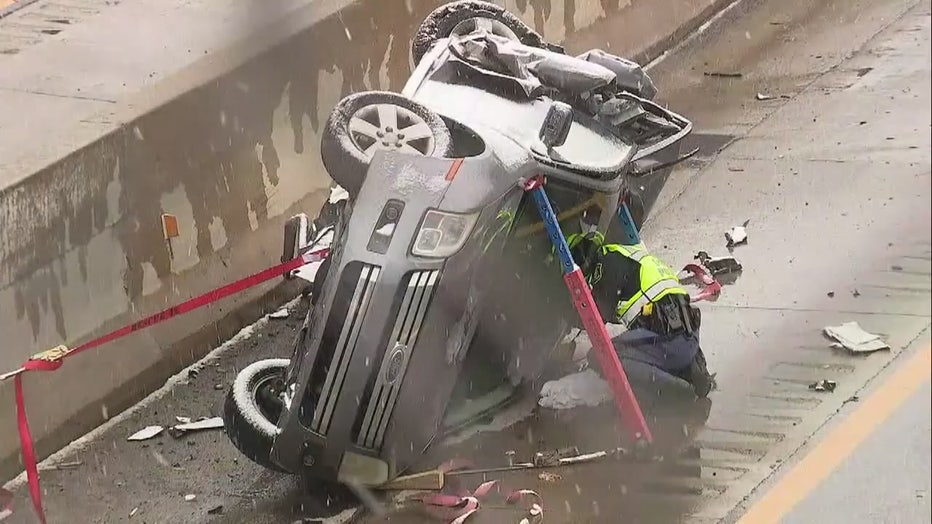 Emergency crews rushed the driver of the van, and the woman and the baby in the Ford Fusion to the hospital. It's not known right now how seriously the two drivers were hurt.

Names have not yet been released.

The eastbound lanes of I-94 were closed at 696 for several hours Tuesday morning as police investigated.

A GoFundMe set up for the family is below: