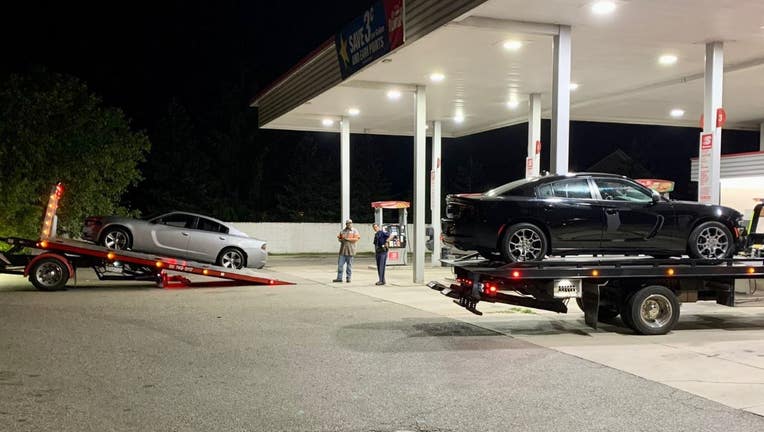 CHESTERFIELD TOWNSHIP, Mich. (FOX 2) - Two Chesterfield Township residents didn't learn their lesson when they were cited for speeding on I-94 Sunday night.

A Michigan State Police trooper first stopped both Dodge Chargers that were going 126 mph and weaving in and out of traffic on eastbound I-94.

The trooper ticketed the drivers and resumed patrol. A few miles down the road, he saw two sets of Charger taillights. When he caught up to the cars, he noticed they were the same ones he had just stopped.

After clocking the Chargers at 112 mph, the trooper stopped the drivers. A 34-year-old man and 30-year-old woman were arrested for reckless driving.