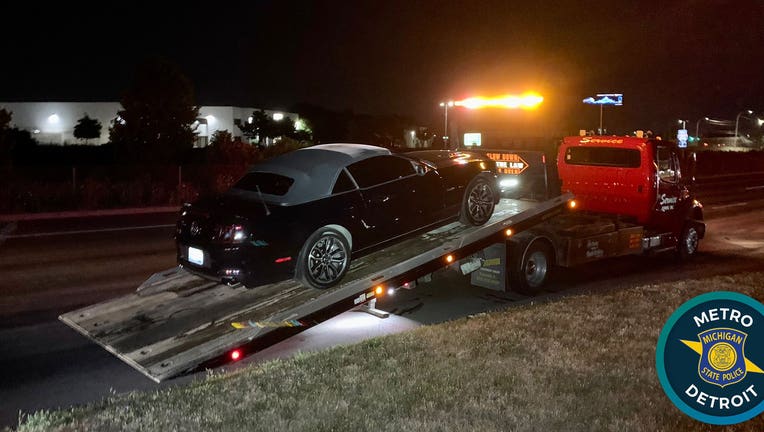 WARREN, Mich. (FOX 2) - A driver was going 131 mph on I-696 Sunday night because he was allegedly trying to track down his wife.

Michigan State Police stopped the 30-year-old Eastpointe man on the eastbound side of the freeway near Dequindre for speeding. Troopers determined he was upset and trying to find his wife.

Read Next: Teen boy found dead in street after shooting

The man was arrested for reckless driving, and his Ford Mustang was impounded.