DETROIT - Detroit Mayor Mike Duggan released his new budget proposal on Friday, calling for an increase in pay to police officers, growing the animal control budget and reducing the demolition fund. It also would store more cash into the city's rainy day fund.

Backed by a $123 million surplus from the previous year, Duggan's proposed $2.4 billion budget for the next year would make a one-time shift of $30 million to the city's backup account.

His decision came after an assessment of city preparedness in the wake of a recession found the motor city was among the most threatened.

"Moody's in December issued a report calling Detroit and Chicago the two least financially prepared for a recession. One of the things they look at is the rainy day fund, they like it to be at 15 percent," Duggan said. "We're taking it from 9 percent to 12 percent."

Mayor Mike Duggan released his 4-year budget proposal for the city of Detroit on Friday. The plan shifts more money to the rainy day fund and away from demolitions. It also boosts pay for police officers.

Police officers could see their wages rise as well. Under the proposed budget, the starting pay would be increased to just under $42,000 a year.

Duggan called this year's proposal his "tightest budget" since getting elected. If they ran a deficit during any quarter this year, the financial oversight the city had shed following its declaration of bankruptcy would go back into place.

With the boost in pay also comes a decrease in other sects of the budget. A big one - the demolition fund. It calls for $23 million less in blight removal, compared to last year's budget.

"I went to Washington under the Obama administration and lobbied and got $265 million. WE've taken down 21,000 homes. That money will be gone by the end of April. We're down to the last 100 federally funded houses, so everything will have to be city-funded demolition."

Last year, the mayor proposed a $250 million bond plan that would erase remaining blight in the city. However, that option wasn't approved by the city council, which voted 6-3 against it.

The shrinkage of the demolition fund will be noticeable, Duggan said. 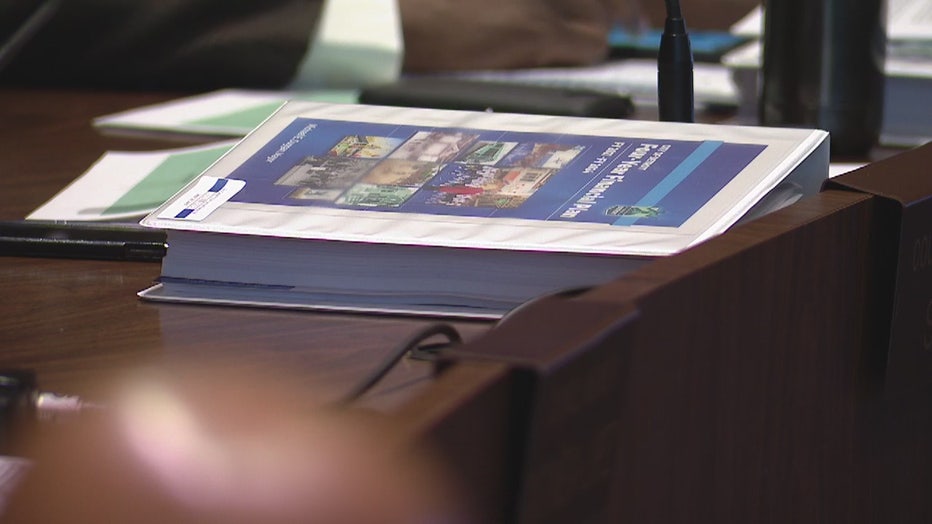 "People will definitely notice in April and May, a significant slowing of demolition it will go back to the levels that you saw in 2008 and 2011. It's not what we need," he said.

City council members have until April 7 to vote on the budget.

You can also find the full report online here.