Woman gets police ticket for speaking too loud on her phone outside, says she was targeted for being Black

Diamond Robinson says she was walking up and down Cushing Street where she lives in Eastpointe talking on her phone Thursday. That was when she says one of her neighbors approached her.

EASTPOINTE, Mich. (FOX 2) - Eastpointe police say officers issued a woman a e for talking loudly on the phone outside because she "could be heard from approximately 150 feet away" and refused to participate in an investigation into a complaint.

Diamond Robinson's neighbor called the police on her around noon Monday because she was talking loudly while walking on Cushing Avenue. She said the neighbor approached her first and asked her to quiet down.

"And I said, 'Get out of my face,' and I proceeded to walk past her. She is saying whatever she is saying,  three minutes later, Eastpointe police pulls up," Robinson said. 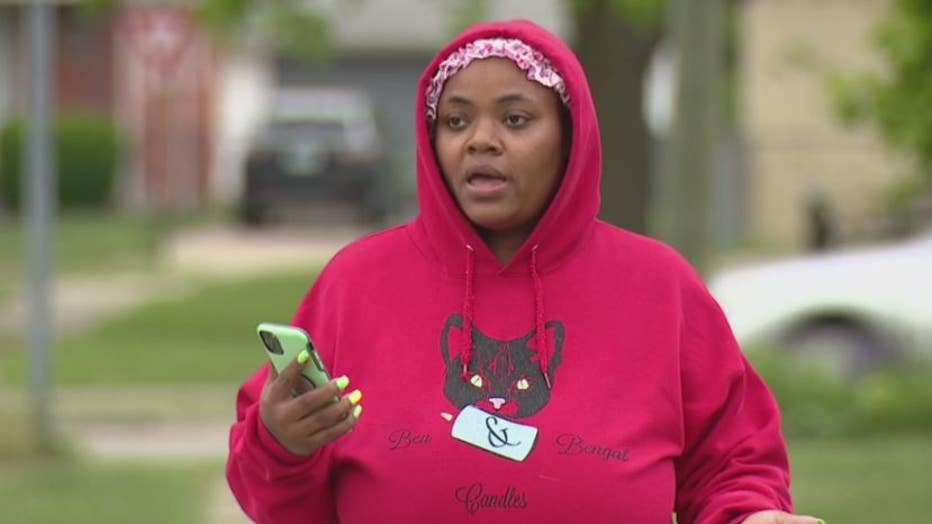 According to police, officers tried to talk to Robinson but she refused. Police said they believed she would continue to be loud when they left so they issued her a civil infraction citation. They said she refused to accept the ticket when officers tried to give it to her.

Police said that option was the "least intrusive" compared to issuing her a misdemeanor violation or arresting her.

"The officers acted professionally when speaking with Ms. Robinson. Officers respond to all police dispatches and had no option but to go to the scene of the complaint. We expect our officers to maintain public peace.  This can often be accomplished through discussions and negotiations, but sometimes enforcement action has to be taken," police said in a statement.

Later in the day, Robinson went up to the police department to make a complaint about her neighbor, police said. That neighbor, who wants to remain anonymous, called police and make a separate complaint against Robinson, claiming that she "had been posting threatening, harassing, and intimidating messages about her on social media."

Officers plan to facilitate mediation between Robinson and the neighbor. Robinson said the woman recently moved in, and she believes she was targeted because she is Black.

Sec. 28-112. - Noise control.
(b) Offenses in general. No person shall make, continue or cause to be made or continued any loud, unnecessary or unusual noise or any noise which annoys, disturbs, injures or endangers the comfort, repose, health, peace or safety of others, within the limits of the city.
(4) Yelling, shouting, etc. Yelling, shouting, hooting, whistling or signaling on the public streets or at anytime or place, except during a sanctioned sporting event being held in a designated sports venue, as to annoy or disturb the quiet, comfort or repose of persons in any office or in any dwelling, hotel or other type of residence, or persons in the vicinity thereof.
Sec. 28-25. - Resisting an officer.
Possible unlawful conduct means a potential violation of any provision of this Code, where the police officer has reason to believe a misdemeanor or civil infraction violation has occurred.
(c) No person may, by physical, verbal or passive action or inaction:
(4) Willfully fail or refuse to provide identification to an officer who is investigating possible unlawful conduct;
Sec. 28-353. - Municipal civil infractions.
Except as provided in section 28-354, it is hereby determined that the violation of the following subsections shall constitute a municipal civil infraction punishable by fines established by city council resolution.
(1) Public nuisances. Whatever annoys, injures or endangers the safety, health, comfort or repose of the public; interferes with or destroys or renders dangerous any street, highway, or navigable stream; allows accumulation of junk or obnoxious matter on private property; or in any way renders the public insecure in life or property is hereby declared to be a public nuisance and prohibited by this article. Public nuisances shall include, but not limited to, whatever is forbidden by any provisions of this chapter.