The victims were inside a banged-up Chevrolet Impala. It all happened around 2 a.m. Sunday. The suspect's vehicle is described as a newer model gray Ford F-150 with a black racing stripe.

DETROIT (FOX 2) - An elderly couple is injured in a hit and run and police are looking for a gray F-150 truck with front-end damage.

You can hear the screeching tires and crash as a gas station employee unknowingly live-streamed a hit-and-run crash on Detroit’s west side. Kasheena Wilborn rushed outside the Sunoco gas station on Puritan and Schaefer to check on those involved.

Inside a banged-up Chevrolet Impala---an elderly couple. It all happened around 2 a.m. Sunday. The suspect's vehicle is described as a newer model gray Ford F-150 with a black racing stripe.

"These people were every bit of 70, you know?" she said. "If that were my grandma and granddad, I would be highly upset."

Wilborn says she stopped live streaming and sprang into action, calling 911 and helping one of the passengers get out of the vehicle.

"The other truck was screaming, ‘Hey! Hey!’ trying to get him to stop," Wilborn said. "He never stopped, just backed out and took off down Puritan here.

"I was super lucky to catch it because this happens a lot on this intersection."

Just two weeks ago a hit and run driver killed Erica Yancey and Brittany Jones on Schaefer south of Puritan back on October 16. 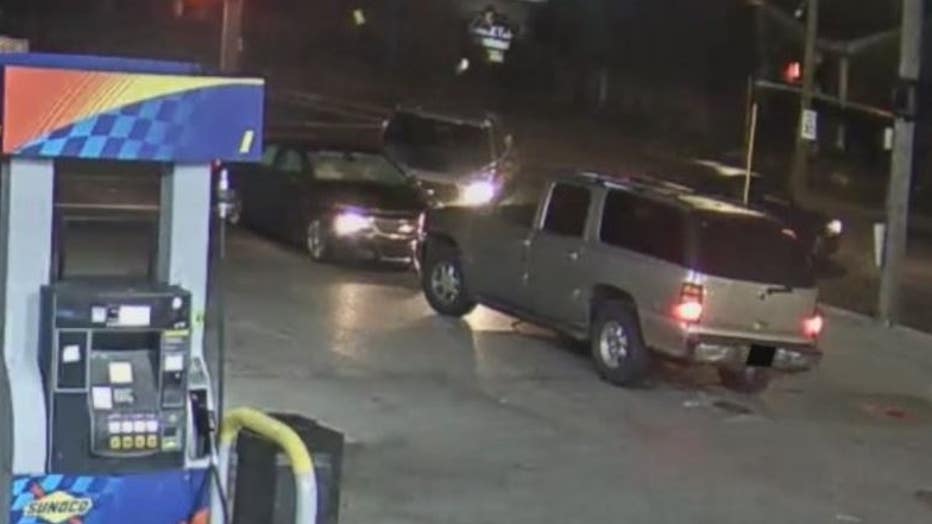 The suspect's vehicle, a Ford F-150 is at the rear of the security video still-shot.

It happened nearby Sunday’s crash. There have been 57 fatal and critical hit and run accidents so far this year by Detroit police's count — down from 65 at the same time last year.

Even so, the downward trend is cold comfort for Detroiters like Kasheena who say they’ve seen enough.

"I’m over the hit and runs, over the dying, over the murders, over all of that," she said. "My parents lived over here for 30, 40 years. And now here I am, I don’t want to have to leave the area that I grew up in. But I mean at this rate, they’re not really giving us a chance to stay."

DPD says this is one of their top priorities. Chief James White is said to be actively working to put together a policy to train more officers to investigate hit and run crashes.

In the meantime, if you have any information about that Ford F-150-which likely has some front-end damage, please call Detroit police at 313-922-5000. 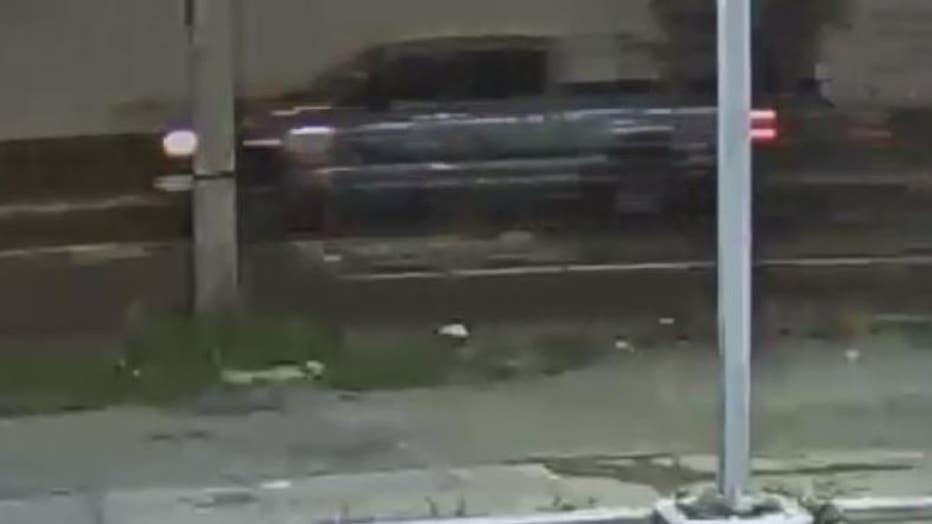