DETROIT (FOX 2) - "He would say a lot of different things about her breasts, inappropriate things that a grown man should not be saying to a 16-year-old child," said Tenille Hardwick.

Hardwick could barely repeat what a high school staffer allegedly said to her 16-year-old daughter on a number of occasions.

Tenille Hardwick could barely repeat what a high school staffer allegedly said to her teen daughter on a number of occasions.

"He said 'Hey I wish you were older.' Things of that nature," she said. "And it just made her feel very uncomfortable to where she was uncomfortable going to school."

Hardwick's daughter attends Jerry L. White Center High School which serves students with disabilities. She claims the inappropriate comments began last year.
She reported them to the school and believed the allegations were addressed.

"I thought he was removed already until she told me she had seen him again and he began to say things to her again," Hardwick said. "And she was like 'Ma, he's not gone.' I'm like who? She was like, he's still here."

FOX 2 is not sharing the staffer's name because he has not been accused of crime.  Detroit Public Schools Community District says there are no allegations the man touched or had any physical contact with students.

Hardwick says the claims raise serious questions about the school and vulnerable students.

"(There are) some kids in there that can't speak," Hardwick said. "We don't know if he could have done anything or said anything to those children of course they can't defend their self."

And DPSCD is not ruling out that possibility.  The district is asking that if any student had an inappropriate interaction or relationship with any district/school employee, to call or email them (dpscd.compliance@detroitk12.org, (313-873-7341). 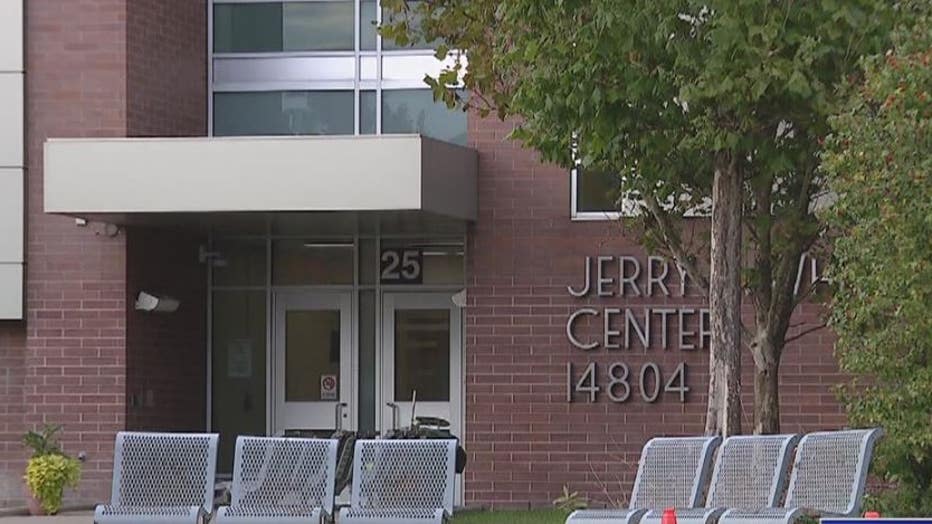