Right on surveillance video, too graphic for TV, a panhandler was shot and killed execution-style in front of a Citgo gas station on Detroit’s east side.

DETROIT (FOX 2) - Detroit police are looking for a man who shot and killed a panhandler Sunday.

The man talked to the panhandler in the 11000 block of Dexter Avenue and gave him some money around 7:30 a.m. The man walked away, then walked back over to the victim and shot him, police said.

The victim, who was in his 50s, was frequently around the gas station where he was murdered. 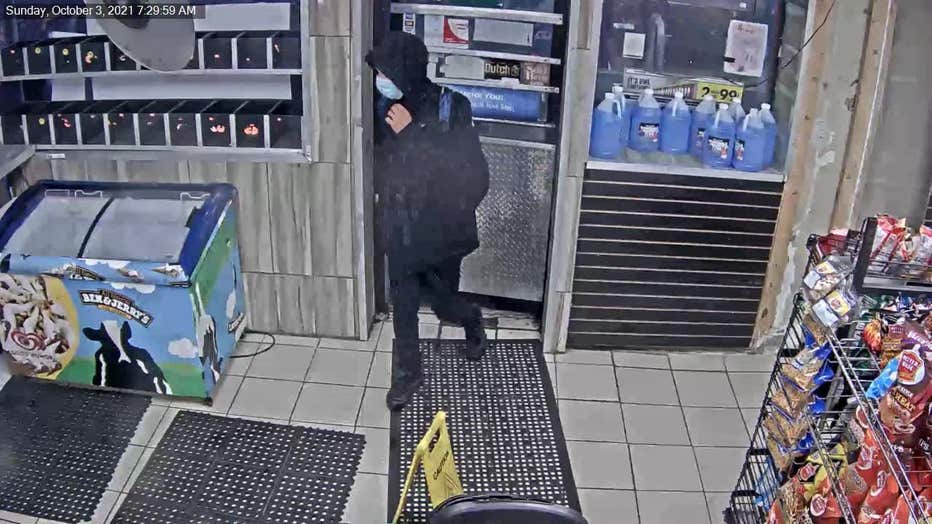 "A lot of our homicides are people that know each other, maybe domestic incidents, but in this case, it just seems like a random execution for no reason and it's highly concerning for us," said Detroit Police Capt. James McGinnis.

The shooter, who fled northwest from the scene, is white, stands about 5 feet, 9 inches, and was wearing a puffer jacket, a hoodie, black pants, and black shoes.

Detroit police are looking for a man who shot and killed a panhandler on Sept. 3.