DETROIT (FOX 2) - Earlier this week the Blue Angels flew over southeast Michigan to support frontline workers. Many metro Detroiters saw it and took pictures and videos.

But one video circulating the internet right now shows a specific view that's too close for comfort.

The FAA is investigating a report of a drone flying too close to the Blue Angels flyover in Detroit.

The video is from a drone and looks incredible, But, unfortunately, it's also incredibly dangerous and likely illegal.

A FOX 2 photojournalist was shooting the Blue Angels safely from the ground and got video of the drone, which looks white, in the sky.

During high-profile events like this, there are things called TFRs, or temporary flight restrictions, for drone pilots. That means you cannot fly there.

The FAA says the incident was reported to them and that they are investigating. 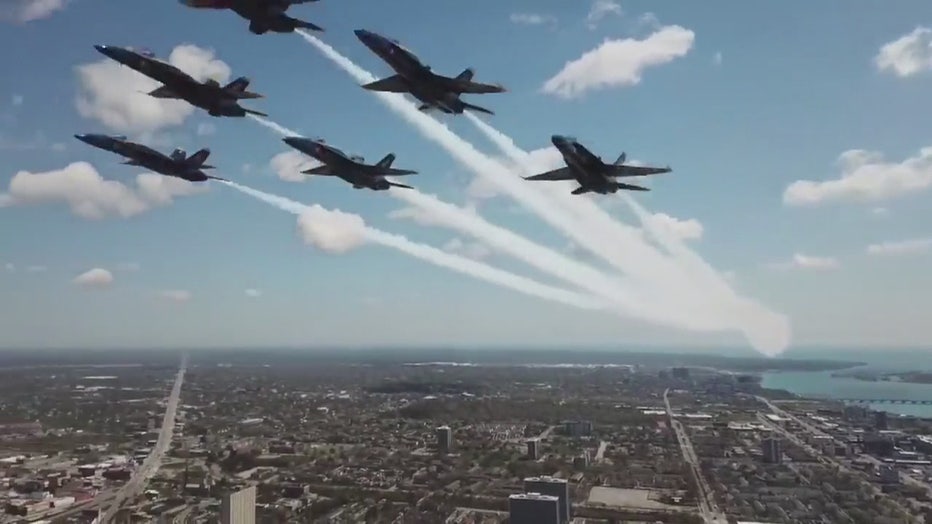 You may have seen other drone footage before from FOX 2, like this one of the Huron River in winter.

The SkyFOX drone team has safety protocols in place that require multiple pilots to survey a situation before we fly. All our drone pilots are certified with the FAA and we don't sacrifice safety for a cool shot.