Family of teen on life support gets another day from Mott

Late Thursday night the family attorney has reached an agreement for another day to keep 14-year-old Bobby Reyes alive while it scrambles for options.

William Amadeo said that CS Mott Children's Hospital has agreed to keep Bobby on a ventilator for the entire day Friday.

"We are trying to come up with contract language to buy this kid a little more time," Amadeo said. "U-M does seem to want to work with us right now. We are trying to negotiate how much time we are going to get. It is going to be up in the air. I am shooting for one week. He will not be taken off the ventilator at noon."

What was Sarah Jones and her family's lifeline became a living nightmare Thursday.

"He's still here and I've got to fight for him as long as I can," said Sarah Jones. "His life matters."

Plans to transfer her son from CS Mott Children's Hospital in Ann Arbor to Allegiant Healthcare in Arizona fell apart this afternoon.

"I mean yesterday was one of the greatest days of her life, she felt there was hope for her child," said attorney William Amadeo. "Today her and Jose are devastated that this facility in phoenix backed off of their word."

Doctors at Mott Children's Hospital believe Bobby is brain dead and want to remove him from life support. A temporary restraining order kept them from doing so and in the meantime, his family and their attorney William Amadeo scrambled to move him to Allegiant in Phoenix for a second opinion.

A doctor there who helped set up the transfer says after reviewing data they were not initially given, they concluded Bobby was not a candidate to be transferred to a sub-acute nursing facility in light of his acute clinical situation.

Now Bobby, his family and supporters are back at square one and up against the clock. Mott Children's Hospital plans to remove Bobby from life support at noon Friday - that's when the temporary restraining order expires.

"We've been fighting really hard for him. so many people are rooting for my son. he deserves to live," Jones said.
.
Supporters rallied outside the hospital Thursday and Bobby's classmates at Airport High School in Carleton held a candlelight vigil in support of their friend

"It's really hard, but I have faith and I'm really hoping that he will wake up," said Olivia Jones, his sister.

"If extensive testing shows there is irreversible cessation of all brain functions, including the brain stem, continuing medical interventions is inappropriate and violates the professional standards of Michigan medicine.

"If another facility provides technology or services not available at Michigan Medicine - and the facility will accept the patient - our team will work diligently to facilitate a transfer.

"We've got people calling all around the country now trying desperately find emergency some place that will take him," Sarah Jones said.

Sarah and her family say Bobby's condition has been improving since he was hospitalized and placed on life support after an asthma attack two weeks ago.

"It should be my decision and God's decision when my son goes," she said. "These doctors are playing God and that's not what they're supposed to do."

The family does have a GoFundMe page for donations. go HERE. 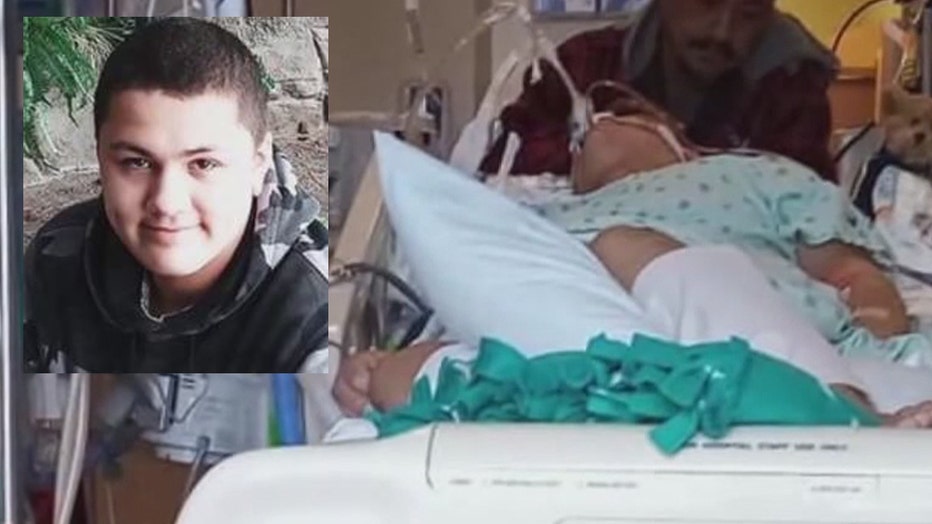