WEST BLOOMFIELD, Mich. (FOX 2) - "Homer is a 3-year-old pit bull mix, we call him our foster-fail we got him at the beginning of Covid last year," said Jennifer Becker.

A West Bloomfield Township woman is still in disbelief after she says a neighbor shot her dog last Sunday.

Dog shot by neighbor after getting out in West Bloomfield, owner says

She says she can't believe that someone would fire a gun with children close by. Then she soon realized one of the bullets hit Homer.

"My son saw him point the gun and shoot our dog," she said. "One of the kids left the door open. My 11-year-old realized it and quickly went after him, with my husband."

Becker admits her dog has gotten loose before, but this time Homer went to a neighbor's yard as the resident was out working on his lawn and that's when the shots were fired.

"We had heard that he might've shot the dog because the dog might've urinated on his grass but that's not been confirmed," said Becker.

She says she can't believe that someone would fire a gun with children close by. Then she realized one of the bullets hit Homer.

"The bullet went in through his paw, it broke a bone in his foot, he is in a lot of pain," she said. "It has been very traumatic."

Police were called to the scene and the incident is now under investigation.

The chief of the West Bloomfield Police Department tells Fox 2 in a statement:

"On June 6, The WBPD responded to the location of a neighbor discharging a firearm allegedly out of concern for his physical safety from a neighbor's loose dog. All parties to the incident have been interviewed and the case has been submitted to the township prosecutor to consider the potential criminal liabilities of both parties." 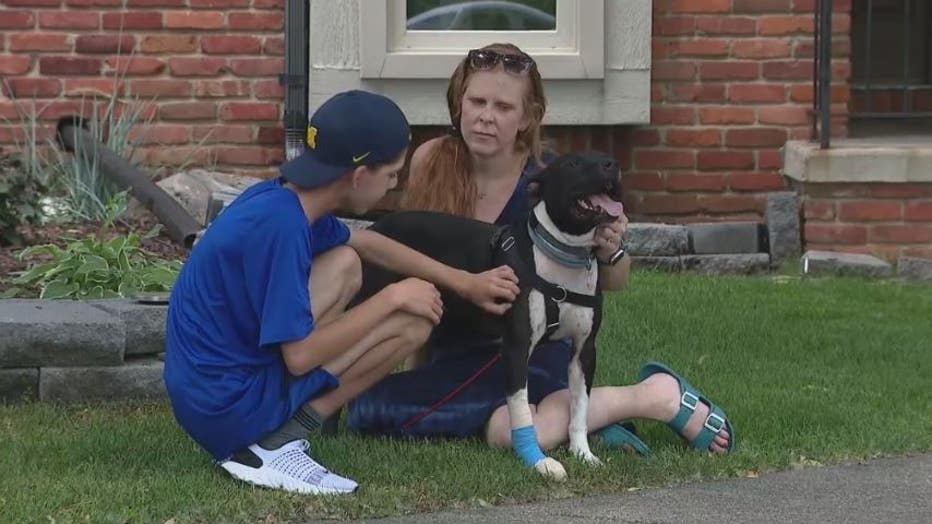 FOX 2 went to the home of the suspected shooter for comment but a person inside claimed it was the wrong house.

The Becker family says they continue to seek justice by filing a civil lawsuit.

"We will have a civil lawsuit for his veterinary bills - we are already running into the thousands," she said. "Homer deserves justice."