A girl was severely burned at an Eastpointe elementary school when a pot of boiling water fell on her.

EASTPOINTE, Mich. (FOX 2) - Dakhari Smith still has scars from when a kettle of scalding water fell on her while she was at school two years ago.

"When I got to the school, they were bubbling like, I never seen nothing like that. I'm talking like, bubbling – her arms, her stomach," her mother Danyelle Evans said.

Dakhari was 9 and a fourth grader at Koepsell Elementary School in Eastpointe at the time. Her class was making Play-Doh when a guest teacher left a plug-in kettle of boiling water unattended. A child ran by and tripped over a loose cord, spilling the hot water all over Dakhari.

"When it fell on me, it was burning, and I had screamed and ran over to the teacher," she said.

She suffered second- and third-degree burns on her upper body. 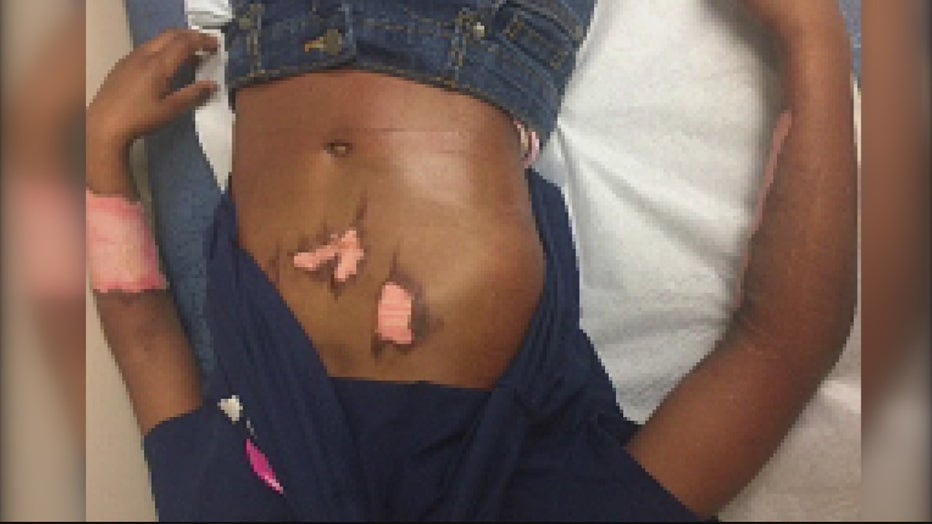 Now, Dakhari's family has filed a lawsuit against the teacher and Grand Rapids-based EDUStaff, which provides staff and services to schools, claiming that it was the teacher's responsibility to provide a safe and secure environment at school.

"What kind of teacher would put a pot of boiling water next to a young fourth grader on a table and then have cords hap haphazardly strewn out?" attorney John Marko said. "If I did this to my child, to my son, I'd be under investigation by Child Protective Services."

Evans claims that no one even called an ambulance after the incident. Instead, teachers took Dakhari to the bathroom to put water and ice on her burns, she said.

"This was no accident, this was a total preventable incident," Marko said.

When Evans got to the school, she called and ambulance, and Dakhari was sedated immediately due to the severity of her burns. 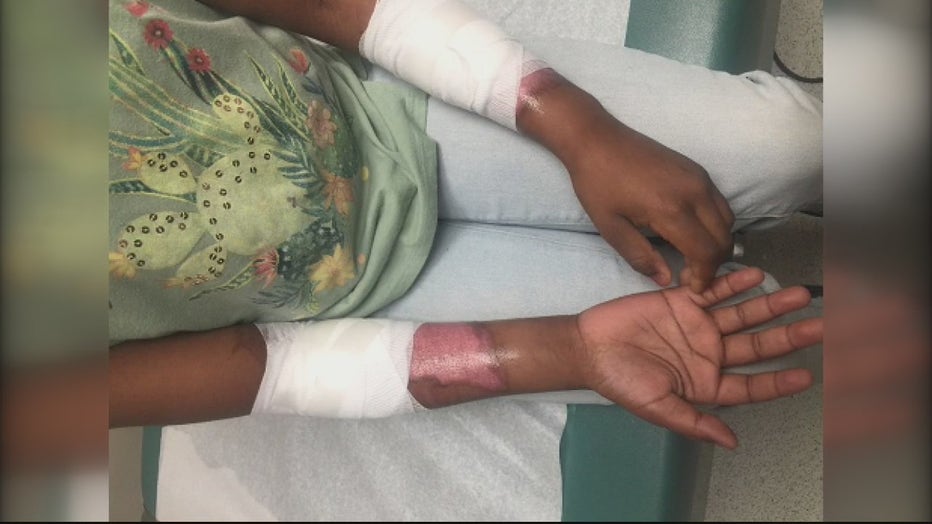 "It is hard for a mother to see her child go through that. And they had to clear her arms off. They scraped all that skin off," Evans said.

Evans said Dakhari hasn't been the same since. She has suffered both emotional and physical scarring. Evans also claims that no one ever apologized.

The family is not suing the school because government immunity makes it difficult to do so.

EDUStaff said it was unable to comment on the matter due to the pending litigation.