GIBRALTAR, Mich. - A Gibraltar police officer is being called a hero after saving a 2-year-old's life, and getting a lifesaving award from his department.

But back at the end of January, Skylar's grandma Annette Anderson watched that life quickly fade when Skylar unexpectedly got ahold of a peanut and started choking. Skylar’s family frantically called 911 and started doing back thrusts.

"What seems like a few moments to me seemed like a few hours,” Anderson said. “It just was horrifying to know there's nothing you can personally do other than compressions.”

"I just saw the grandma standing there, she had a lifeless 2-year-old,” Robinson said. “I grabbed her and just flipped her over and started doing back thrusts and I could hear an ambulance coming, so I ran down the steps and waited on the ambulance while still doing the back thrusts.”

The peanut popped out just as Robinson got to the ambulance.

“I got into the ambulance, she started crying and life started coming back,” Robinson said.

Skylar got checked out at a hospital and was shaken up, but okay. Now, this sweet 2-year-old is back to being full of life, and her family will forever be grateful to this humble hero who saved the day. 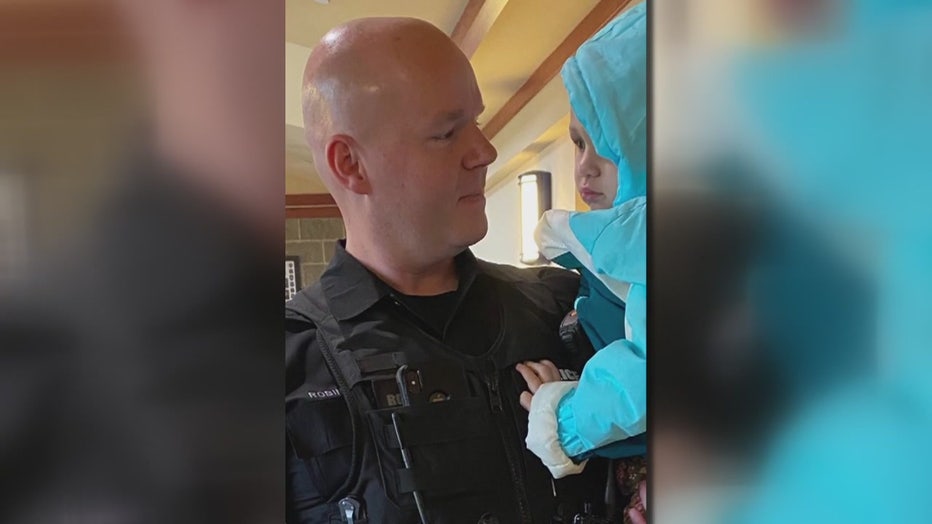