DETROIT (FOX 2) - A father and son's summer plans were ruined... when thieves stole their hot dog cart last month - but now the two are elated after somebody gifted them a brand new cart.

"I'm really appreciative and grateful for this this goes to show you there are really good people in this world," said Eric Bradford.

Woodward Ave Chili in Richmond wanted this story to have a different ending. They cleaned up one of their extra hot dog carts and on Tuesday delivered it.

Over the last month, Eric's 11-year-old son Leon has learned lots of lessons. The Detroit boy learned forgiveness when thieves stole a hot dog cart his dad had just bought their family. Now Leon is learning about the kindness of people.

"I got a new cart it's just so shocking because it's like when something leaves it comes back new, better, and improved," he said.

The plan was for Eric to sell hot dogs with his kids to teach them the value of a dollar. But thieves stole it by hooking it up to their pick-up truck and driving off.

The Bradfords were devastated.

"It's not just a hotdog cart, it's a valuable lesson," Eric said at the time. "It's something positive I'm doing with my kids."

But Woodward Ave Chili in Richmond wanted this story to have a different ending. They cleaned up one of their extra hot dog carts and on Tuesday delivered it. 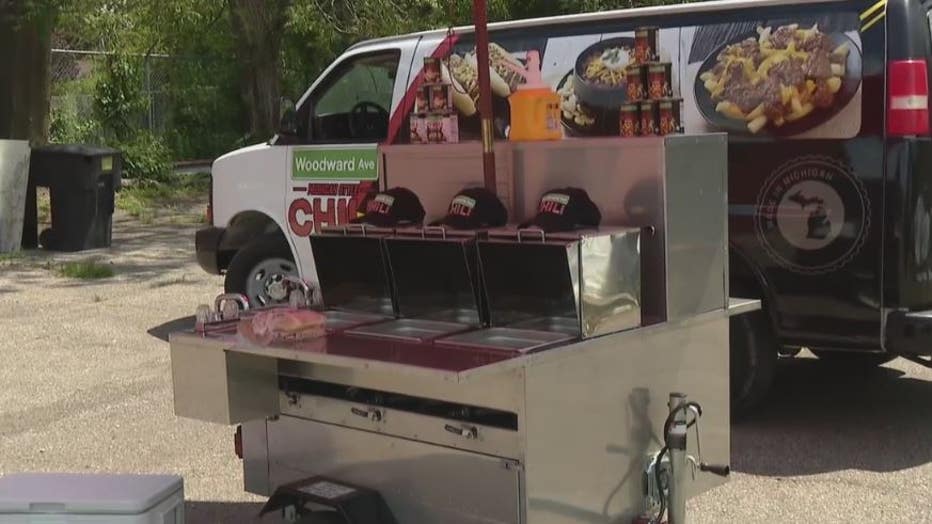 The company met the Bradfords at their dad's tax business on the city's west side with the cart and everything the family needs to sell hot dogs.

"I just really want to think these people out here," Leon said. "They drove an hour just to come give us a new hotdog cart "

"Eric made that whole story about how he was just trying to teach us on the value of the dollar obviously is a small family business we admire that immensely," said Woodward Chili co-owner Phil Ricossa.

"We are just happy to help Eric and his son start their own little hotdog cart business and help the community," said Giovanni Ricossa, Woodward Chili.

Eric says his family can't wait to get started. 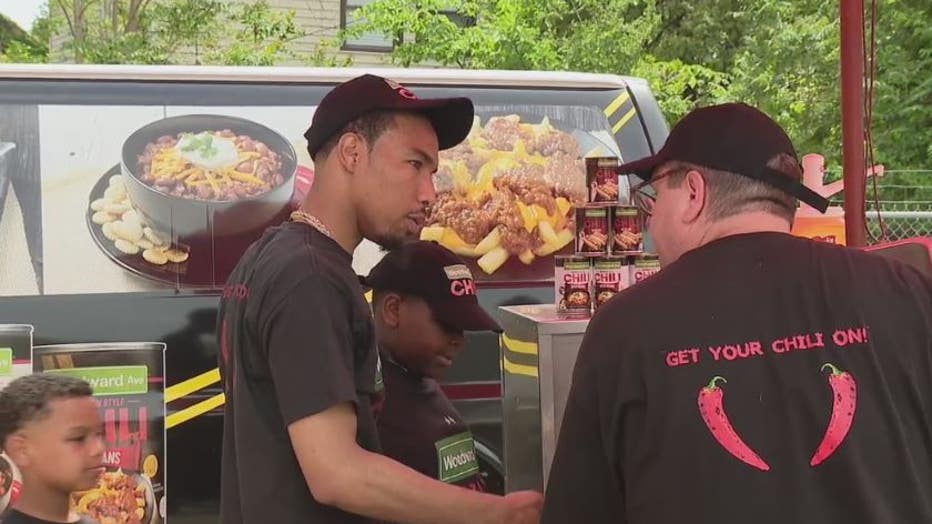 "I greatly appreciate everybody that reached out and it means so much to me. And I just wanted everybody to know I appreciate them for that," he said.

They are having a community celebration on Wednesday at 3 p.m. on Woodward Avenue and Forror Street. There will be free hot dogs and cold drinks. Everyone's invited- except the thieves.

"They are definitely not invited - you guys stay at home," Eric said.