DETROIT (FOX 2) - A Detroit entrepreneur who goes by the name Eric Fonzarelli, says he tries to teach his three children the value of a dollar.

He recently bought a hot dog stand for his kids to work outside his tax business on Detroit's west side. But on Sunday it was stolen, with the crime caught on camera outside using an older blue and tan pickup truck, possibly a Sonoma.

Hot dog cart stolen on camera on Detroit’s west side

Thieves stole a hot dog cart purchased by a tax preparer for his children.

"Two guys came in the morning unhooked the hot dog cart, backed up there with a pickup truck, hooked it up, and just took off," Eric said.

Eric's parking lot gate was unlocked he says, for a grocery giveaway. He says it took him five hours to watch the surveillance video once he discovered the cart gone - saying he was left heartbroken.

"He was so comfortable and it was just like it was his," Eric said. "He didn’t care if anybody saw him or anything. I couldn’t believe somebody was that comfortable to open up my gate and come in and take a whole hotdog cart." 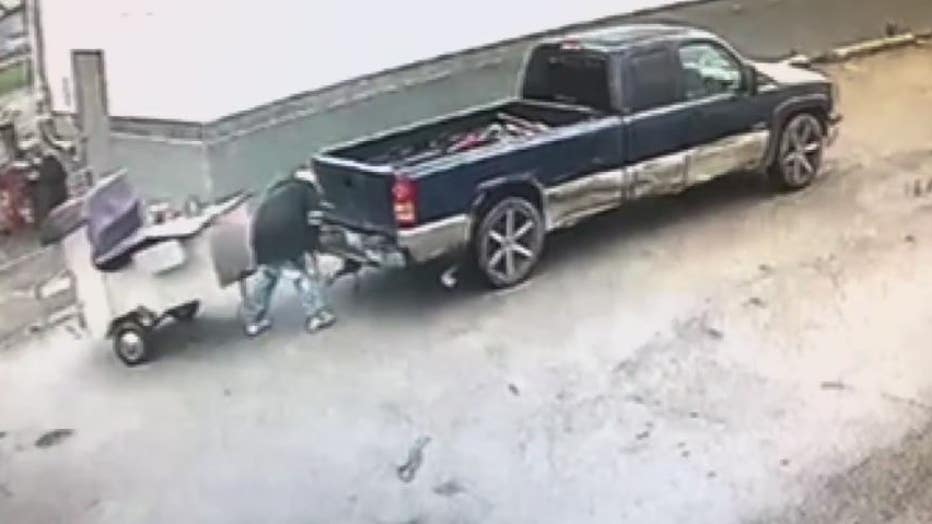 Eric's 11-year-old son Leon is asking for the cart to be returned.

"I forgive you, I hope you have a blessed day," he said, "but if you could we would love if we could have our hotdog stand back please."