Tony DeMatteo, a father in New York, built an impressive 50-foot long, 20-foot tall pirate ship in front of his home in Churchville, outside of Rochester. (Credit: Pat Kirk)

LOS ANGELES - A few years ago, Tony DeMatteo’s daughter asked for a “Pirates of the Caribbean” themed Halloween. Last year, he made it happen — but this year, it’s twice as big.

DeMatteo, a father in New York, built an impressive 50-foot long, 20-foot tall pirate ship in front of his home in Churchville, outside of Rochester.

“I’m a big fan of Halloween,” DeMatteo told FOX TV Stations. "It’s been growing bigger and bigger each year. I always try to out-do myself."

The father of three said his kids absolutely love the ship. “They help me build it. They play on it, and they like the attention they get too,” DeMatteo shared. “I really don’t have a background in this. I just do it for fun.” 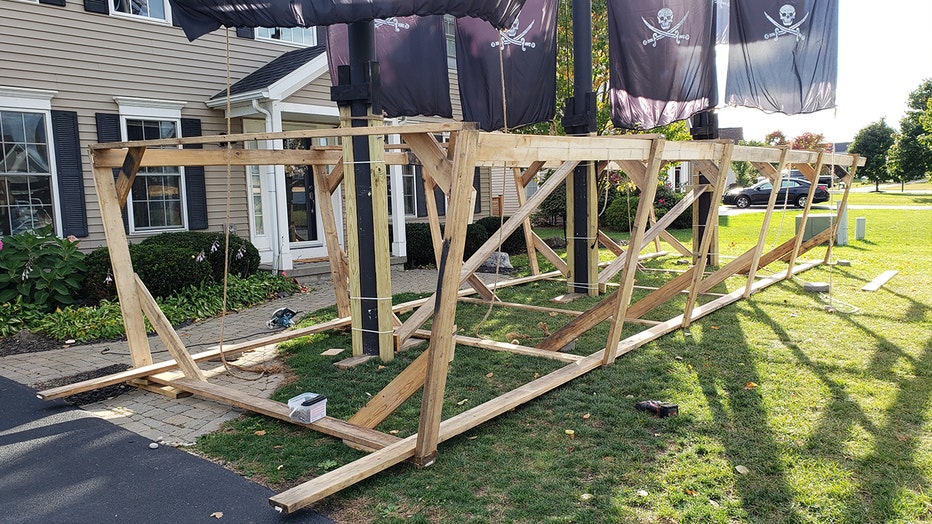 Pictures and footage posted to social media revealed the massive ship display equipped with special effects including a fog machine, lights and music.

RELATED: 4-year-old twin girls dress up as Trump and Biden ahead of Halloween, 2020 election

“It might look expensive, but it really was inexpensive,” DeMatteo explained, citing that he received all of the wood for free over the year and many of the items he accumulated over time. “It takes a lot of time, but it’s not so much work, when you’re having fun.”

His social media posts have already garnered hundreds of views, and DeMatteo said he was surprised by the attention. 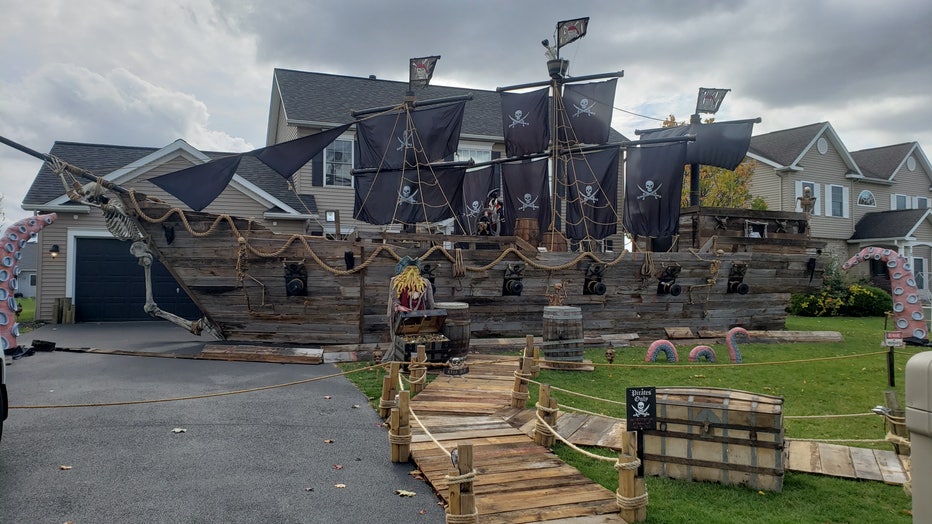 “I’ve been incredibly surprised by the reaction,” DeMatteo revealed. “I didn’t think people were going to like it this much.”

While attending the home was a free event, DeMatteo asked visitors to donate non-perishable canned goods for the Open Door Mission, a local food pantry in Rochester that helps feed those in need. “We got so many donations that my garage was completely full, and they’re still coming to this day.”

As for whether DeMatteo will do an even larger display next year remains to be seen.

“We’re already thinking about next year,” DeMatteo chuckled. “But, I don’t have a solid idea yet. I probably won’t do a pirate ship again unless I get some sort of overwhelming feedback that we should.”