FOX 2 - A team leader at the FCA Sterling Heights Assembly Plant - who wishes to remain anonymous - says he is now home, without pay after a co-worker tested positive for the coronavirus.

"What happened is uncalled for and it shouldn't have happened," said the worker. "The ball was dropped."

A team leader at the plant says the ball was dropped.

The team leader says a couple hundred employees started work Monday. All of them filled out health questionnaires before entering the building. But he says another team leader - answered yes to one of the questions - because she had a cough.

"If you answer 'yes' on a question, you're not supposed to be at work," the worker said.

Sent home, our source says the woman was allowed back the next day.

"She thought it was just allergies. They OK-d her to come back to work," he said.

The woman - he says, kept working until her COVID-19 test came back Wednesday.

"You should not be allowed entrance into that plant, until you have confirmation that you're negative," he said.

He says then, about seven or eight people who it is believed she had direct contact with, were sent home to quarantine and to be tested as well. But not employees who had contact with those who may have been exposed.

"There was many more of us that were around those people - and around her. We were not allowed to leave with pay," he said. "If you wanted to leave and get tested without pay, that was on us."

Several other employees say while the plant has done well with providing PPE -  there have been issues with social distancing. Some also concerned with what they're using to sanitize stations.

"It was this green stuff in a bottle that says 'Do not get on skin, do not get on eyes'," he said. "And then we find out it's basically a degreaser." 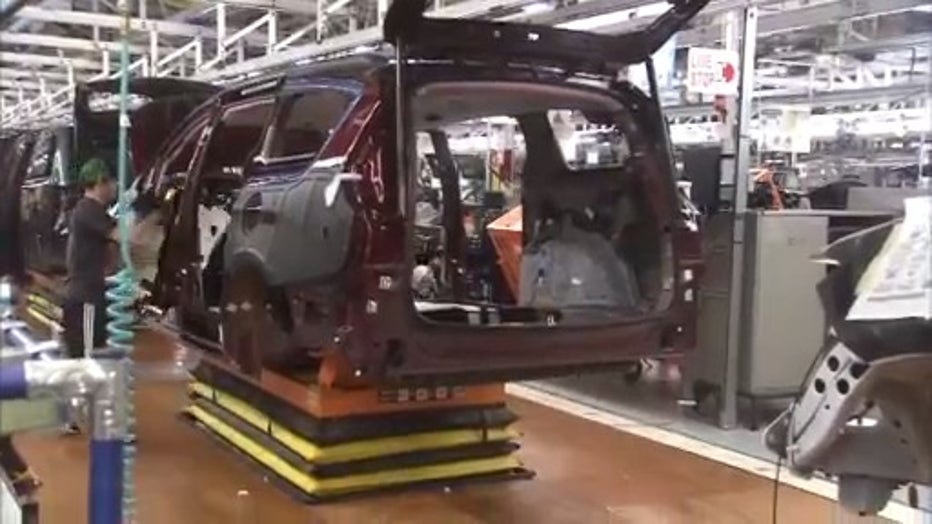 The plant sending out a letter to employees Wednesday saying in part:

"I am pleased to say that our protocols worked as envisaged. The person was isolated and quarantined, more importantly our social distancing and personal protection equipment protocols were in full use."

But this anonymous team leader says - he's worried he's been exposed - along with his family. Even more worried about operations come Monday, when there will be nearly 2-thousand employees back at work.

"There's a couple hundred in there now and we already have this issue?" he said. "So what's going to happen next week?"