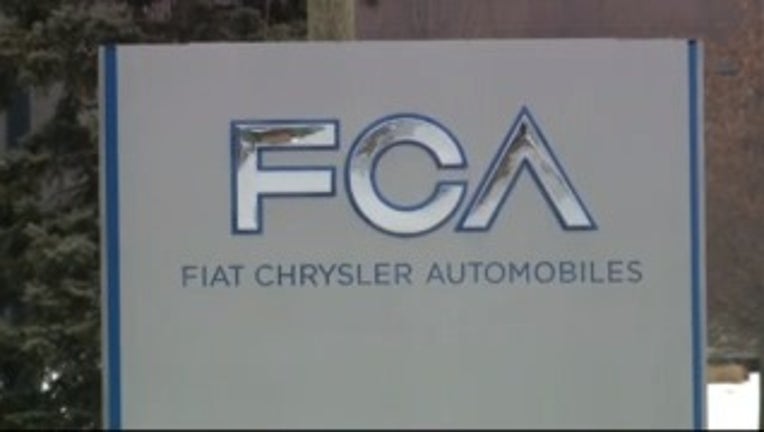 FOX 2 - FCA US LLC formerly Chrysler Group LLC, pleaded guilty to one criminal felony count and has agreed to pay approximately $300 million in criminal penalties as a result of the company’s conspiracy to defraud U.S. regulators and customers according to the United State Department of Justice Friday.

Fiat Chrysler pleaded guilty to making false and misleading representations about the design, calibration, and function of the emissions control systems on more than 100,000 Jeep Grand Cherokee and Ram 1500 Diesel model years 2014, 2015, and 2016 vehicles, and about these vehicles’ emission of pollutants, fuel efficiency, and compliance with U.S. emissions standards.

FCA US entered a guilty plea to a criminal information charging the company with one count of conspiracy to defraud the United States, commit wire fraud, and violate the Clean Air Act. Pursuant to the plea agreement, FCA US has agreed to pay a criminal fine of $96,145,784 and to forfeit $203,572,892, according to the DOJ in a release.

In 2019 Fiat Chrysler merged with Peugeot S.A. and in 2021 the combined company was renamed Stellantis.

"We expect all corporations to deal with regulators and the public openly and honestly," said U.S. Attorney Dawn N. Ison for the Eastern District of Michigan. "Unfortunately, one of our district’s biggest corporations fell far short of that standard, resulting in today’s guilty plea. My office is committed to holding accountable anyone who engages in fraud and deceit that violates federal law, from an individual to one of the world’s largest automakers."

According to the company’s admissions and court documents, beginning at least as early as 2010, FCA US developed a new 3.0-liter diesel engine for use in FCA US’s Jeep Grand Cherokee and Ram 1500 vehicles that would be sold in the United States.

FCA US designed a specific marketing campaign to market these vehicles to U.S. customers as "clean EcoDiesel" vehicles with best-in-class fuel efficiency.

However, according to court documents, FCA US installed software features in the Subject Vehicles and engaged in other deceptive and fraudulent conduct intended to avoid regulatory scrutiny and fraudulently help the Subject Vehicles meet the required emissions standards, while maintaining features that would make them more attractive to consumers, including with respect to fuel efficiency, service intervals, and performance.

FCA US then engaged in deceptive and fraudulent conduct to conceal the emissions impact and function of the emissions control systems from its U.S. regulators and U.S. customers by (a) submitting false and misleading applications to U.S. regulators to receive authorization to sell the vehicles, (b) making false and misleading representations to U.S. regulators both in person and in response to written requests for information, and (c) making false and misleading representations to consumers about the Subject Vehicles in advertisements and in window labels, including that the Subject Vehicles complied with U.S. emissions requirements, had best-in-class fuel efficiency as measured by EPA testing, and were equipped with "clean EcoDiesel engine[s]" that reduced emissions.

For example, FCA US referred to the manner in which it manipulated one method of emissions control as "cycle detection" and "cycle beating." Without the "cycle beating" use of this emissions control software, the Subject Vehicles were unable to pass the emissions portions of the federal test procedures while also receiving a fuel efficiency rating that could be marketed to FCA US’s potential customers as "best-in-class," consistent with FCA US’s 3.0-liter diesel program’s goals, timing, and marketing strategy. Because FCA US knew that the decision to calibrate the emissions control system used on the Subject Vehicles to perform differently "on cycle" versus "off cycle" would be subjected to significant scrutiny by U.S. regulators, FCA US made false and misleading representations to regulators to ensure that it obtained regulatory approval to sell the Subject Vehicles in the United States.

Under the terms of the guilty plea, which remains subject to court approval, FCA US has agreed to continue to cooperate with the Department of Justice in any ongoing or future criminal investigations relating to this conduct. In addition, as part of the guilty plea, FCA US has also agreed to continue to implement a compliance and ethics program designed to prevent and detect fraudulent conduct throughout its operations and will report to the department regarding remediation, implementation, and testing of its compliance program and internal controls.

The government reached this agreement with FCA US based on several factors including, among others, the nature and seriousness of the offense conduct, the company’s failure to voluntarily and timely disclose the conduct that triggered the investigation, and its failure to conduct sufficiently timely or appropriate remedial action. FCA US received credit for cooperation with the department’s investigation and has enhanced, and committed to enhance, its compliance program and internal controls.

Sentencing is scheduled for July 18.

In the related criminal prosecution, three FCA US employees, Emanuele Palma, Sergio Pasini, and Gianluca Sabbioni were indicted for conspiracy to defraud the United States and to violate the Clean Air Act and six counts of violating the Clean Air Act. They await trial. An indictment is merely an allegation, and all defendants are presumed innocent until proven guilty beyond a reasonable doubt in a court of law.