(FOX 2) - A shift of workers at Fiat-Chrysler's Sterling Heights Assembly plant say they walked off the job late Tuesday evening after an employee tested positive for coronavirus.

Earlier on Tuesday, FCA announced a plant worker who had not been in the building for over a week was diagnosed with the virus. That worker is receiving medical care and their area has been deep cleaned. FCA says that employee’s coworkers who came in contact will self quarantine for two weeks.

An evening shift of FCA workers walked off the job on Tuesday evening after a coworker tested positive for the virus.

This was announced as the United Auto Workers Union was in talks with FCA, General Motors and Ford, urging the automakers to shut down plants to prevent the virus from further spreading. The talks concluded after three hours of deliberations with the Big Three announcing partial shutdowns.

But around 10:30 p.m. Tuesday, workers shut down their machines, got in their vehicles and left the facility. FOX 2 is told it came about organically - rumors began around 7:45 p.m., then word began to really spread around 10 p.m. Workers said management was getting frustrated with the number of work stoppages, telling employees if they’re going to keep doing that, just go. FOX 2 is also told employees are still expected to report for work in the morning. 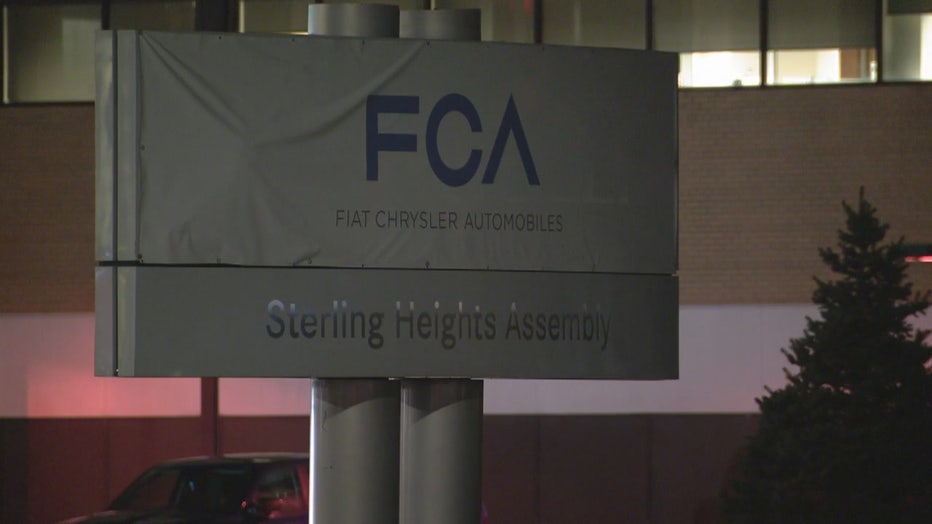 However, the UAW says it is their understanding there wasn’t a walk out and that employees were sent home so they could do a deep clean of the plant.

So far, two automaker employees have tested positive for the virus -- one at FCA’s Sterling Heights plant and a GM employee who works at the Warren Tech Plant.