How the pot vending machine worked in Detroit

FOX 2 obtained video that shows how a pot vending machine that was allegedly run by a Detroit man worked. The sophisticated system had a touchscreen, included payment options for cash or Apple Pay, and advertised that money was a donation and not a direct payment.

According to authorities, a home on Mettetal near Fenkell has a vending machine used to sell weed and pills. Feds began investigating after receiving a tip about 43-year-old Marcellus Cornwell in January.

Agents surveilled Cornwell's home and purchased weed twice from the vending machine before searching the home and interviewing Cornwell in March.

According to feds, Cornwell told the agents that he has operated the vending machine for four years, and he makes about $2,000 a day from it. 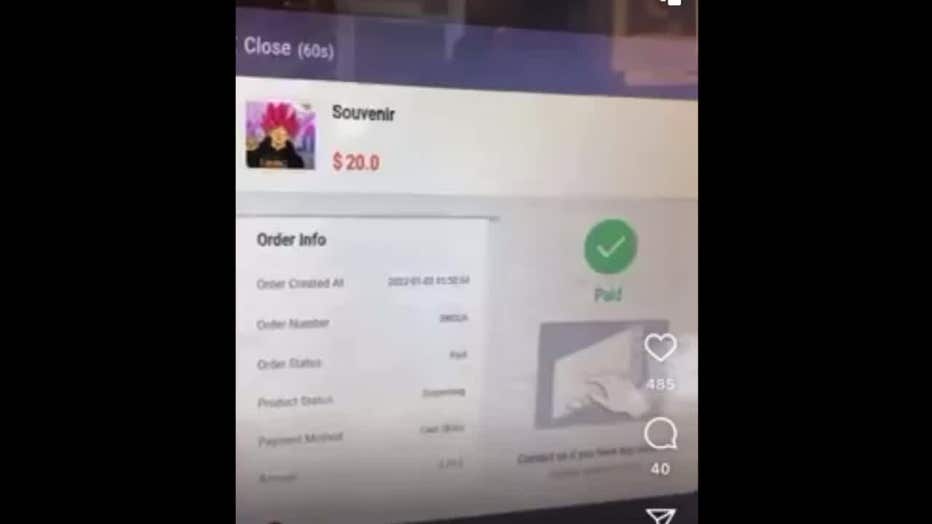 During the search of his home, agents said they found 18 guns, dozens of rounds of ammo, thousands of dollars, and marijuana.

Cornwell, who is not allowed to possess guns, allegedly told agents that he knew he wasn't supposed to have them but was a firearm collector. Agents said he told them he purchased most of the guns on the street. Three of the guns were discovered to be stolen.

A criminal complaint against Cornwell showed that he has a record of felonies dating back to 1997. Crimes on his record include armed robbery, identity theft, and several weapons charges.

He is now charged with felon in possession of a handgun.