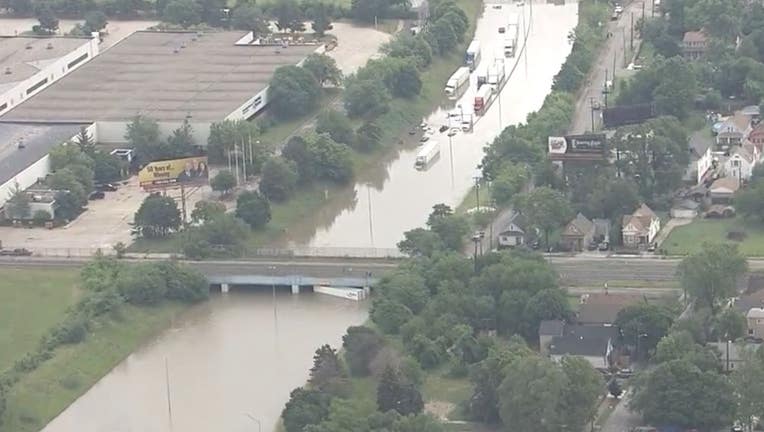 Members of FEMA are touring flood-stricken areas in Detroit and Dearborn this week after the governor requested federal assistance for residents and cities that saw a surge of rainwater enter basements and disrupt traffic on freeways.

FEMA officials are in Detroit and surrounding suburbs like Grosse Pointe, Dearborn and Melvindale assessing flood damage after numerous pumps failed to work like at Detroit's Conner Creek station.

City managers have encouraged residents to keep track of the damage to their homes and possessions that were water-logged so they can receive an appropriate assessment for relief from the federal government.

In Detroit, residents that file a claim with the city's water and sewage department and with FEMA might be able to secure reimbursement for property damages. State law says that residents have 45 days to file a claim with DWSD, meaning that all requests must be sent in by Aug. 10.

FEMA's assessment of the damages will start today, but any reimbursement might not arrive for weeks.

Meanwhile, flood victims have other options available to them:

A June 29 press conference with the Detroit mayor called the 6 inches of rain that fell more than a week-and-a-half ago the "most significant rainstorm in at least 80 years."

The city's hotline received thousands of calls in the aftermath of the storm.