People living in the Jefferson Chalmers neighborhood on Detroit's east side are fed up with flooding.

"When is the city going to do something about the infrastructure of our water department? and they tell us a pump failed. That’s not doing us any good. Not at all," Jacqueline Richmond said.

Water was nearly to her ceiling after Friday's heavy rains.

"I’ve been crying all day, I’m sorry. I’m just really emotional right now because this is just terrible and the city don’t seem to care. They don’t seem to get it and if they did they would do something about it," she said. 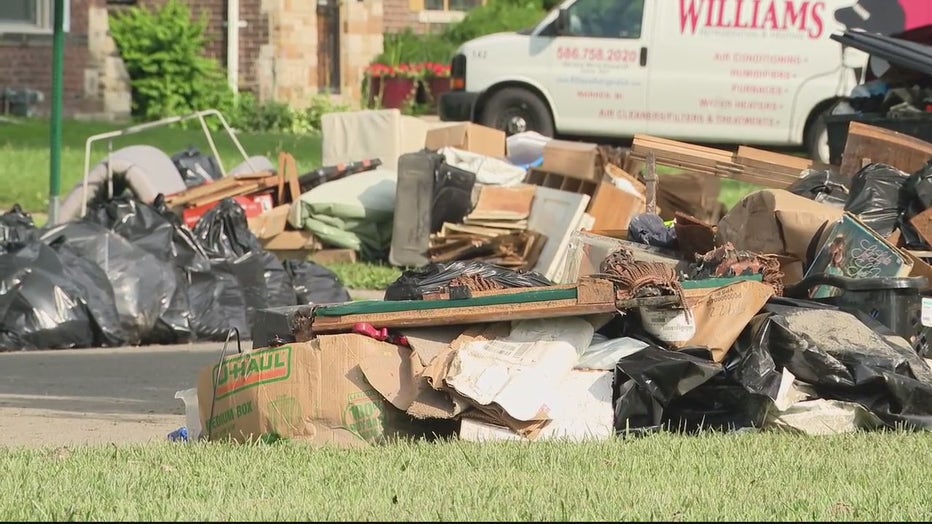 "I’m totally out of a vehicle. I mean, it’s done. And that’s your vehicle there- the SUV? That’s my vehicle right there. Does it start? No," Thomasina Bryant said.

Gary Brown, the head of Detroit’s Water and Sewerage Department, said during a press conference Monday that the flooding wasn't a maintenance issue.

"This was a global warming issue that caused a capacity issue that has to be fixed," he said.

Mayor Mike Duggan said there aren't storm systems designed to handle how much rain the area received at once.

"There is not a community in America that sizes their stormwater system to be able to handle as much rain in one day as you’d have in two months. Nobody would build a system that big. So we’re going to have to find cost-effective ways to expand to a reasonable point," he said.

The city’s drainage charge – which caused water bills to spike – is said to bring in about $150 million a year. Some of that money is for improving water infrastructure.

A spokesperson for DWSD said more than $800 million in system improvements are planned in the next few years, including a stormwater project at Rouge Park.

"I mean they can say what they want to say. We’re actually living it. So what they’re saying and what we’re living is actually two different things," Richmond said.

A hotline will be used to collect information that will be used for claims when disaster relief funds are available. If you were impacted by flooding, call 313-267-8000.