ROYAL OAK, Mich. (FOX 2) - "They told them you’re not welcome don’t come in, we don’t want any trouble," said Charles Semchena. "And of course the result was a lot of trouble."

The controversy turned physical Saturday during a meeting organized by Royal Oakers for Accountability and Responsibility.

Both sides say the other side started it. ROAR says their member ended up in the hospital with a broken collarbone.

The organization says the meeting was to discuss their opposition to proposed zoning changes that would allow high rises in the Woodward Corridor.

Mayor Mike Fournier says he and Zoning Board Chairman Clyde Esbri showed up to listen to concerns.

"We attended what was advertised as a public meeting, we got there we were met with some hostility within seconds," said Fournier.

Not long after, the hostility led to shoves between a ROAR member and Esbri at the Elks Club.

Semchena was the guest speaker and claimed the mayor and Esbri showed up to cause trouble.

"He shouldn’t be there, he was there to cause trouble and trouble did erupt," he said. "I’m surprised at how quick and sudden and how extreme the violence was."

Both sides say the other side started it. ROAR says their member ended up in the hospital with a broken collarbone.

"There’s no reason someone should get injured at a meeting where people are assembled to discuss local government," Semchena said.

"I know he pushed him back hard, but it was reasonable because he didn’t know what was coming next - was it a knife? a gun? You don’t know," Rasor said.

Rasor says Esbri is shaken up and also has bruises.

"These jobs are already a little thankless," he said. "A lot of people don’t understand the issues, they’re always going to be mad at you - but to have physical violence directed your way. All you’re trying to do is make sure people have good information is beyond the pale." 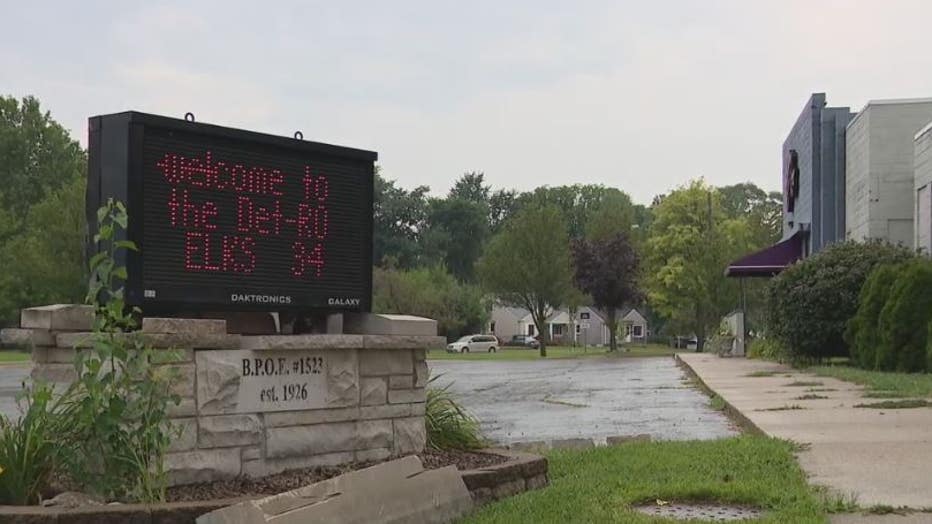 The scene of the altercation was the Royal Oak Elks Club.

Fournier is also concerned after he says he is noticing a pattern of intimidation dating back to the Memorial Day parade.

At the time there was another controversy about the city's War Memorial being moved 40 feet. Fournier says some people showed up to the ceremony with assault rifles. it's unclear exactly what group they represented.

"This is a family ceremony we are there to remember our fallen," the mayor said. "In the 10 years I’ve been an official part of the ceremony, I have never seen an assault rifle brought by private citizens to the event."

FOX 2 reached out to Royal Oak police who are investigating.