(FOX 2) - The first death linked to a vaping-related lung injury has been confirmed in Michigan.

The Michigan Department of Health and Human Services says the death was of a man on October 2, but didn't give any other details such as his age or his hometown.

MDHHS is working closely with the Centers for Disease Control and Prevention (CDC) and the federal Food and Drug Administration to get additional information that can help identify the ingredients in the vape materials that is making people sick. So far, no specific brand of device or e-liquid has been identified.

The illnesses first appeared in March, with symptoms including shortness of breath, fatigue and chest pain. Most who got sick said they vaped products containing THC, the marijuana ingredient that causes a high, but some said they vaped only nicotine.

As of Oct. 1, the CDC has reported 1,080 cases in 48 states and one territory. This includes 18 deaths from 15 states, but this count does not include the Michigan death and several deaths in other states reported to CDC after Oct. 1.

According to the CDC, about 75 percent of the cases vaped with marijuana products in combination with nicotine or alone. 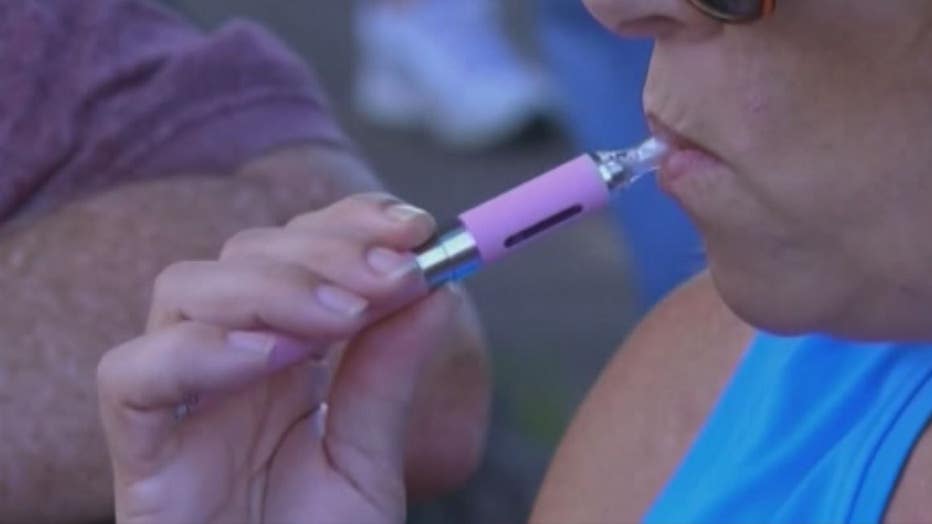 The ban lasts 180 days and can be extended when it expires.

Gov. Whitmer has accused the makers of using candy flavors and deceptive ads to hook children. She, along with other public health officials, says the number of kids using the products has skyrocketed, creating a public health emergency.