We are learning Air Eagle out of Detroit, the company hired to fly the governor, did not have the proper certification to fly a charter plane.

Whitmer chartered a private plane, a Gulf Stream g280 to visit her father. Her office released how it was paid for, explaining that a nonprofit corporation controlled by the governor, Michigan Transition 2019 paid $27,521 for the trip. She used her personal money, more than $800 to pay for the seat itself.

However , now we are learning Air Eagle out of Detroit, the company hired to fly the governor, did not have the proper certification to fly a charter plane.

A Part 135 certificate authorizes the company and pilot to be paid to fly people - not property.

An FAA spokesperson said, "We confirmed Air Eagle doesn't have a Part 135 certificate. The federal agency says it is too premature to conclude that a violation of Federal Aviation Regulations occurred. The FAA is looking into the matter."

"When you have some of the operators fly without the certificate, they are not just complying with the rules and there could be safety problems," said Larry Williams.

Williams, a retired FAA inspector based in Nashville, Tennesee, now consults for civil and foreign aviation.

He said not having a "Part 135 certificate" also means - the company doesn't have insurance and doesn't have to follow the same safety and training regulations.

Air Eagle and the pilot could face civil penalties, up to $11,000 for each violation. 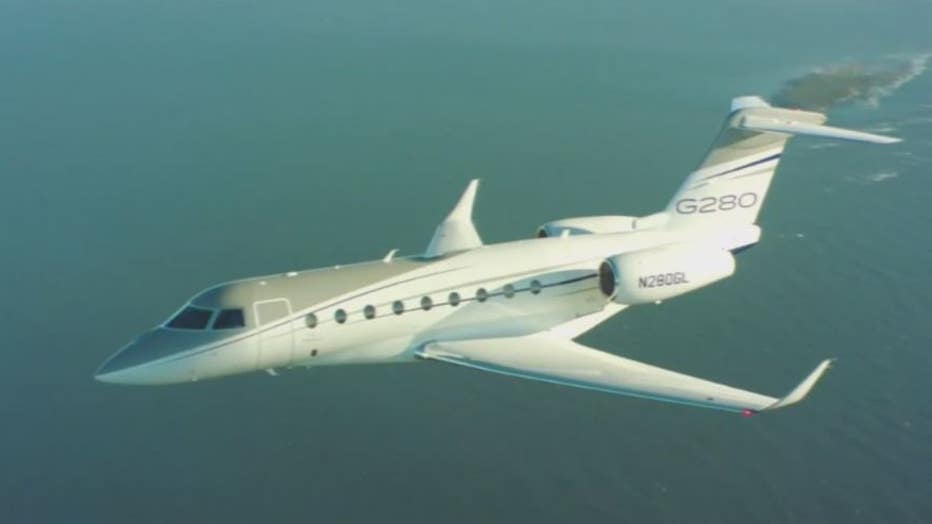 A Gulf Stream g280 like the plane Gov. Whitmer flew on to visit her father in March.

FOX 2: "In this case would our governor be at fault, or the person who paid for the flight?"

"No the customer doesn't commit any violations, just the operator," he said.

Spokesperson Robert Leddy from the governor's office said Whitmer needed to secure travel - that's why she paid for it.

But we have also learned the governor may not have followed the guidelines by the Michigan Department of Health and Human Services - she encouraged others to follow.

After she returned from Florida, Whitmer - who was not vaccinated at the time -  didn't self-quarantine for seven days and appeared at a press conference days later..

Her office would only say, "the governor never restricted travel. she also tested regularly for Covid and never tested postive."