The Northeast is in emergency disaster mode after the remnants of Hurricane Ida battered New York, New Jersey and Pennsylvania, leading to widespread flooding and multiple deaths throughout the tri-state area.

A recent study has determined impassable roads may be the least of our worries when it comes to flooding.

Twenty-five percent of America’s critical infrastructure — which includes things like hospitals, airports, police stations, fire stations and water treatment facilities — is at risk of failure due to flooding, according to a study conducted by First Street Foundation.

"Individuals whose homes were spared the impact of a particular flood event are increasingly likely to find their local roads, businesses, critical infrastructure, utilities, or emergency services affected by flooding, indirectly threatening their quality of life, safety, and wellbeing," the peer-reviewed study stated in its conclusion.

First Street Foundation, which routinely assesses the threat posed by flooding across the U.S., previously released a report showing millions of properties are at risk of severe flooding in the coming decades, but they’re not included on federal disaster-preparedness maps, FOX News reported. 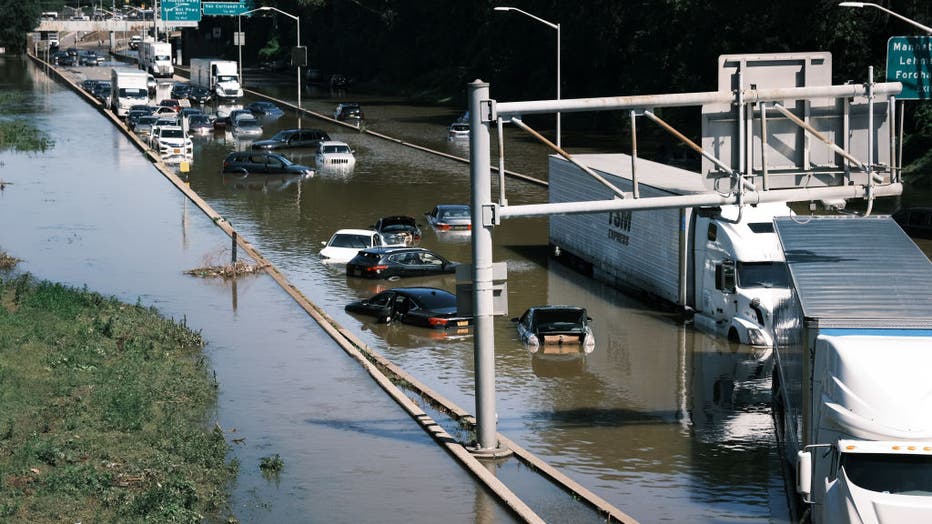 NEW YORK CITY - SEPTEMBER 02: Cars sit abandoned on the flooded Major Deegan Expressway in the Bronx following a night of heavy wind and rain from the remnants of Hurricane Ida on September 02, 2021 in New York City. Numerous people were killed in Ne

They found nearly 2 million miles of roads are already at risk of becoming impassable. That accounts for 23% of U.S. roadways. And as the planet gets warmer, ice sheets melt and sea levels rise, extreme rainfall could become far more common, the study found.

The areas most at risk of flood damage are coastal cities — particularly New Orleans. The world witnessed the damage floods could do to the city in 2005 when Hurricane Katrina inundated the area.

According to the study, flooding threatens to make 4,000 commercial properties inoperable in Kings County, New York — home of Brooklyn.

The same is true for the 770 hospitals, public utilities, and water treatment plants in Harris County, Texas, home to Houston. And 1.640 schools, churches and museums face the risk of being inoperable in Miami-Dade, Florida.

Even inland parts of the map, like Appalachia, could see impacts from flooding due to increased rainfall.

"Providing a holistic understanding of flood risk at both the individual property level and broader community level allows homeowners, community leaders, and local governments a wide angle lens through which to assess flooding and its physical, economic, and social impacts," the study said.

The bill passed the Senate with broad bipartisan support this summer, but is being held up in the House. Progressives among House Democrats have threatened not support the infrastructure bill until Senate Democrats pass the much larger $3.5 trillion spending bill.