Doctors watch Covid numbers in UK ahead of flu season

While Covid numbers aren't spiking in the United States, doctors, including Beaumont's Dr. Matthew Sims, are watching as numbers rise in the United Kingdom, as this could be a glimpse of what's to come next.

(FOX 2) - When America masked up to protect against COVID-19, it unintentionally cut down on the flu as well. Even as the pandemic-era virus continued to roll over Michigan, the state experienced some of the most mild seasons of influenza ever.

But that honeymoon may be over, Michigan's chief medical executive warned.

"If we look at what happened in other parts of the world, we can learn a lot of the reasons about what it will look like," said Dr. Natasha Bagdasarian. "In Australia, they had a severe flu season. It was earlier, more severe, and they also saw more impact on young healthy people."

After two years of public health measures like mask wearing and social distancing, the upcoming cold season may feature a diminished emphasis on those methods as COVID-19 becomes less prominent and more seasonal.

It's to be expected but, according to Bagdasarian, it could come at a cost.

"In Michigan, people have let go of the Covid strategies. As they stop masking, start to go back to large gatherings, we will see more transmission of viruses. Possibly we could see more severe cases."

Health data from the state's influenza surveillance program shows just how more prevalent the flu was in Michigan before the pandemic. During the 2019-2020 season, stretching from October to March, the program reported 327 cases of the Influenza B strain and 454 cases of the H1 strain.

For the following flu season in 2020-2021, only four cases of Influenza B were reported to the surveillance program. None H1 cases were reported. It was a similar story during last year's flu season for the same strains. Additionally, hospitalizations linked to the flu were also way down over the past two influenza seasons.

According to Michigan's weekly influenza report there was virtually no spike in severe cases of the flu over the past two years. 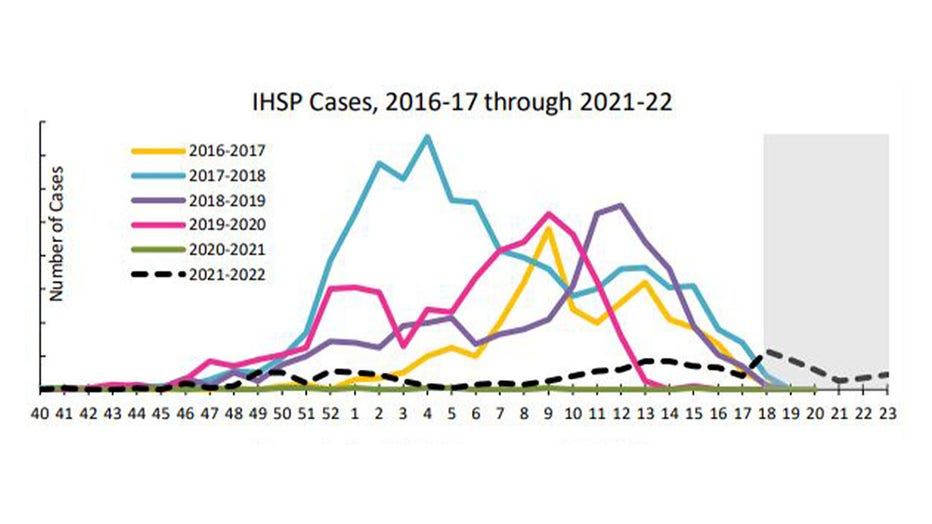 Influenza rates over the past six years in Michigan. The most recent seasons show flu rates plummeted. Data via Michigan Flu Focus report.

While the data only reflects a snapshot of influenza in the state, it offers an accurate comparison of year-to-year of flu rates in Michigan.

Individual and group immunity often keeps influenza cases from becoming too significant. But a combination of more children who may have had the flu and a hesitancy toward vaccines that would protect against the flu may spell trouble this winter.

"With Covid, one of the unfortunate things is there has been an increase in vaccine hesitancy," she said. "That's impacted us across the board with children and the flu. If there aren't enough folks with immunity, it could also impact severity."

So far, no influenza cases have been reported to the state this season, which is why the Michigan Department of Health and Human Services is imploring citizens to come up with a plan for the fall. It includes getting the most updated vaccine series for both viruses.

MORE: What ages us faster than smoking? A new study says loneliness is worse

The state has a goal of vaccinated 4 million people against the flu for the upcoming season. In a release, they warned that it would be critical for people to get the vaccine as both influenza and COVID-19 "will likely be spreading simultaneously."

About 3.3 million people got the flu vaccine last year, according to the Michigan Care Improvement Registry.

Flu vaccines are available now at local health departments, physician offices and pharmacies around the state. Find a location near you using the Vaccine Finder. Visit Michigan.gov/flu for more information or visit IVaccinate.org to find answers to your vaccine questions.