DEARBORN, Mich. - Ford is investing several hundred million dollars into factories in Michigan, including at plants at Sterling Heights and Dearborn as part of a larger plan to bolster its electric car and truck lineup.

In a release put out Tuesday, Ford said it was plugging $150 million into its Van Dyke transmission plant to build e-motors and e-transaxles, while also adding 200 more jobs to its Rouge Plant, which will construct the fully electric F-150.

The latest announcement builds on the company's $11.5 billion plan to electrify its fleet by 2022.

“This announcement is good news for our families, our hardworking UAW members, and our economy as a whole. Ford’s latest investment will create hundreds of new, good-paying jobs for Michigan workers and help us solidify our status as the automotive capital of the world,” said Gov. Gretchen Whitmer. 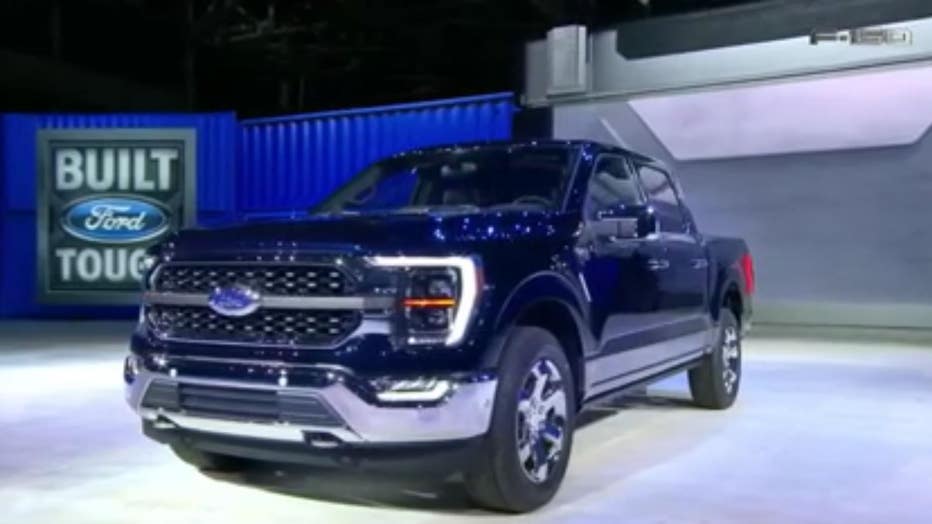 The newly electric Ford F-150 will be built at the Rouge plant in Dearborn.

The news includes a retainment of 225 jobs in Sterling Heights and 200 new permanent jobs in addition to the 300 already announced in Dearborn.

Abiding by global trends for an increasingly electric world, Ford has spent much of 2020 announcing new e-models of more traditional vehicles:

The Dearborn automaker has been in somewhat of a global overhaul after losses in other markets combined with the struggles brought on by the coronavirus. The company also announced it was appointing a new CEO in Jim Farley, after only a few years under the leadership of Jim Hackett.

In a statement from the UAW, they said Tuesday's announcement "re-aligns commitments made during contract negotiations in 2019."

"It is a credit to our members' hard work and quality craftsmanship that no plants lose any production capacity or jobs during the realignment. We are encouraged that planned new jobs created and overall job commitments continue on track at the levels that were negotiated in 2019’s Collective Bargaining Agreement,” read the statement.

Demand for the electric pickup was higher than expected after it was announced in September, Galhotra said in an interview. "We immediately started working on increasing the capacity of the plant," he said. "We need more people to assemble the vehicles."

Ford will reveal details of the E-Transit electric van on Thursday.